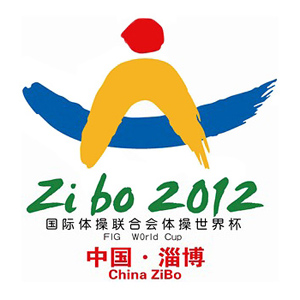 LAUSANNE (SUI), April 5, 2012: The FIG Foundation invited its 130 affiliated federations to apply for gymnast grants on January 23, 2012. Fourteen responded within deadline with twenty-seven requests. The opportunity was given to gymnasts in Olympic disciplines only; registered are 11 for Men’s Artistic, 9 for Women’s Artistic, 4 for Rhythmic
Read More

LAUSANNE (SUI), April 4, 2012: The first and only Artistic Gymnastics Individual Apparatus category A Word Cup in 2012 will be held on April 7 – 8 in Zibo City (CHN). Organisers of the Chinese Gymnastics Association will welcome some fifty gymnasts representing 23 nations to the Zibo Sports Center Gymnasium in
Read More

HELSINKI (FIN) – LAUSANNE (SUI), March 29, 2012: The 15th World Gymnaestrada will be held in the city of Helsinki, Finland, on July 12 – 18, 2015. The event launched a website today at www.wg-2015.com and a Facebook page at https://www.facebook.com/wg2015Helsinki. Available in English and Spanish, the website currently provides general information
Read More

SOFIA (BUL) – LAUSANNE (SUI), FIG Office, April 02, 2012: The President of the FIG Aerobic Gymnastics Technical Committee, Mireille Ganzin (FRA), has proceeded on Wednesday to the drawing of lots of the 5th World Age Group Competitions and the 12th World Championships of the discipline, to be held respectively May 29
Read More

LAUSANNE (SUI), March 28, 2012: The FIG Trampoline Technical Committee met for their first ordinary meeting of the year in Tremblant (CAN) on March 20 – 22, 2012. High on the agenda were discussions surrounding the “Guide to Judging” and appendices, as well as preparations for the Intercontinental Judging Courses. With clear descriptions
Read More

LAUSANNE (SUI), March 21, 2012: Aix-les-Bains (FRA), truly a city of waters with its beautiful lake and world famous thermal baths, will play host to international Aerobic Gymnastics from March 24 – 25, 2012. For the second time under the FIG World Cup label, the Aquae World Cup will line up 45
Read More

LAUSANNE (SUI), March 19, 2012: Women Sport, The Egyptian Rhythmic Gymnastics Group has been awarded the Women and Sport Achievement Diploma by the International Olympic Committee (IOC) in recognition of its outstanding contribution to promoting the development and participation of women and girls in sport. Following the initiative of the Egyptian Gymnastics
Read More