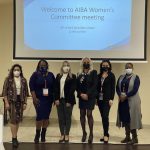 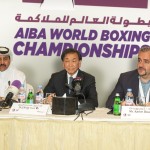 Doha, Qatar, July 10, 2015: The International Boxing Association Executive Committee meeting closed in Doha, Qatar today following a vast number of discussions and plans delivered throughout two days of working sessions. AIBA President Dr Ching-Kuo Wu said: “I am very happy with the progress that we have been able to see
Read More

May 7, 2015: The International Boxing Association (AIBA) has decided to withdraw its participation in the SportAccord World Combat Games along with suspending its SportAccord membership following its AIBA Executive Committee’s decision of May 5, 2015. The AIBA President, Dr Ching-Kuo Wu, said “We have aimed to create a clear identity for
Read More

Lausanne, Jan 19, 2015: The International Boxing Association (AIBA) President, Dr Ching-Kuo Wu, has completed his appointments of Members including all Chairpersons for AIBA 11 Commissions (list attached). However, for the AIBA Scientific Commission, which is a newly developed Commission, an additional 4 experts from different areas such as the Medical field,
Read More

Jeju, South Korea, Nov 10, 2014: The current AIBA Executive Committee held its Extraordinary Session before the Congress to be held on November 13 – 14 to make the decisions to be presented for further ratification by the AIBA Congress. The Executive Committee approved all proposed amendments of AIBA Statutes to support
Read More
Lausanne, Nov 7, 2014: The World Series of Boxing (WSB) is delighted to announce the Puerto Rico Hurricanes as the 16th Franchise of Season V. Puerto Rico is one of the most successful boxing nations in the history of this Noble Art and boxing is indeed country’s defining sport “The arrival of
Read More
Lausanne, Sept 17, 2014: The President of the International Boxing Association (AIBA) Dr Ching-Kuo Wu and the President of the Boxing Federation of Kazakhstan, Timur Kulibaev have today officially opened the AIBA Boxing Academy in the Talgar region near Almaty, Kazakhstan. This momentous occasion was also attended by the Minister of Culture
Read More
Lausanne, Sept 17, 2014: The Official AIBA Pro Boxing (APB) Draw took place today at the AIBA Boxing Academy in the Talgar region near Almaty in Kazakhstan. This ceremony was attended by the AIBA President Dr Ching-Kuo Wu, the President of the Kazakhstan Boxing Federation Mr Timur Kulibaev, the Minister of Culture
Read More

Lausanne, September 5, 2014 – Dr Ching-Kuo Wu, President of the International Boxing Association (AIBA), announced this week that he will run in the AIBA Presidency election once again for the upcoming new term. After spending the last eight years at helm of AIBA, Dr Ching-Kuo Wu expressed his gratitude to all
Read More
Lausanne, August 12, 2014: – A wonderfully talented squad of welterweight boxers will make up the AIBA Pro Boxing (APB) 69kg category with multiple champions, former Olympians and well-established professionals confirmed to take part. Amongst the star-studded pack of boxers in the division is the former European Union title holder in the
Read More