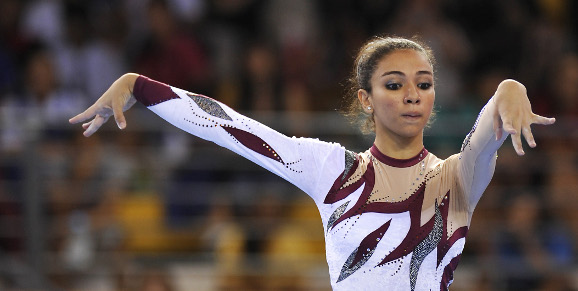 LAUSANNE (SUI), March 28, 2012: The FIG Trampoline Technical Committee met for their first ordinary meeting of the year in Tremblant (CAN) on March 20 – 22, 2012. High on the agenda were discussions surrounding the “Guide to Judging” and appendices, as well as preparations for the Intercontinental Judging Courses. With clear descriptions of judging criteria, new drawings and a selection of explicit judging videos, the Committee aims to provide valuable materials for the instruction and training of judges, and subsequent exams. The Committee’s next meetings are scheduled during the 2012 London Olympic Games and on November 15-17 in Lausanne (SUI).

LAUSANNE (SUI), March 27, 2012: A strong and interesting field will take to the floor at the Aspire Academy Dome in Doha (QAT) when the FIG Artistic Gymnastics Challenge Cup gets underway on Wednesday.

A record breaking 41 female and 76 male gymnasts representing a total of 31 different countries from all continents are registered to compete at an event that takes place for the fifth consecutive year since its launch in 2008. After kick off last weekend in Cottbus (GER), Doha is the second stopover of the 2012 FIG Challenge Cup series and features Qualifications on Wednesday and Apparatus Finals on Thursday and Friday.

Doha hosts of the Qatar Gymnastics Federation are known for top notch organisation and hospitality, which have attracted an increasing number of delegations and gymnasts to the competition at the Aspire Academy Dome. “Gymnasts like to come here because we provide them with world class facilities. They appreciate the high quality of event and hospitality that they experience here,” said Qatar Gymnastics Federation President Ali al Hitmi.

“Events like the FIG Challenge Cup are helping Qatari gymnasts. Our gymnasts have learnt a lot from competing against the world’s best and their rise proves this clearly,”Hitmi said at a press conference last week. He also mentioned that Qatari Gymnastics has grown by leaps and bounds in a very short period of time. “The unexpected success of Qatar at the Arab Games in December 2011 in Doha is living proof that the federation is going in the right direction and providing the best possible atmosphere in which to groom its gymnasts. Nobody was expecting that Qatar would win any medals, but to everyone’s surprise, Shaden Wohdan won two Gold medals for our country.”

For the first time in the history of the event, fans have the opportunity to view live results on their mobile devices by following these instructions. Live streaming is availablehere.