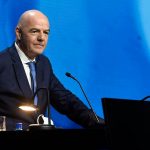 Zurich, April 20, 2021: FIFA President Gianni Infantino has called for respect and dialogue as he expressed FIFA’s strong disapproval of the proposed European breakaway league project, and has requested that the concerned parties consider their position in line with respecting the institutions that exist to protect the interest of national, European
Read More 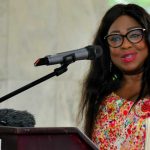 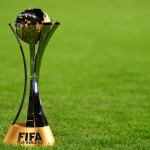 Zurich, November 17, 2020: In light of the current global COVID-19 pandemic and its continuing impact on football, the Bureau of the FIFA Council has taken a number of decisions related to FIFA competitions, including the FIFA Club World Cup 2020 as well as the women’s youth tournaments planned for 2020. Following
Read More
Zurich, April 17, 2015: As the countdown to the FIFA Women’s World Cup Canada 2015™ continues with just 50 days to go, FIFA is pleased to reveal plans for its biggest and most advanced broadcast production for a women’s football tournament. FIFA’s production will include top match directors, up to 22 state-of-the-art
Read More
Doha, Feb 24, 2015: Following a six-month consultation process, FIFA’s Task Force for the International Match Calendar 2018-2024 held its third and final meeting today in Doha, identifying end-November/end-December as the most viable period for the 2022 FIFA World Cup. The proposed event dates have the full support of all six Confederations.
Read More

Lausanne, Feb 11, 2015: The Court of Arbitration for Sport (CAS) has rendered its final decision in the arbitration between the football club Jeunesse Sportive de Kabylie (JSK / Algeria) and the Confederation of African Football (CAF). The Algerian club, sanctioned by its own federation following incidents at the match between JSK
Read More
Sao Paulo, Jan 20, 2015: The first sustainability report of the FIFA World Cup™ based on international standards and the details of the USD 100 million Football Legacy Project were presented today (20 January 2015) at the Arena Corinthians in São Paulo. Based on the lessons learnt from previous World Cups, FIFA
Read More

Zurich, Jan 15, 2015: FIFA is pleased to announce that the accreditation process for media representatives wishing to cover the FIFA Women’s World Cup Canada 2015™ is now open. The deadline for accreditation applications is 13 April 2015. Media accreditation via the FIFA Media Channel is only for the written press, websites,
Read More

Zurich, Dec 03, 2014: FIFA and the LOC (Local Organising Committee) are pleased to announce that the media accreditation process for media representatives wishing to cover the Official Draw for the FIFA U-20 World Cup New Zealand 2015 is now under way. The draw will take place in the Skycity Grand, Auckland
Read More