London, Nov 13, 2015: The Council of the International Association of Athletics Federations (IAAF) has provisionally suspended the All-Russia Athletic Federation (ARAF) as an IAAF Member with immediate effect. The decision was taken at today’s 201st IAAF Council Meeting which was held by teleconference and chaired from London by IAAF President Sebastian
Read More 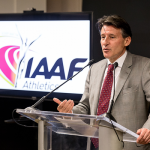 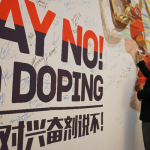 Beijing, Sept 01, 2015: Sunday 30 August represented the final session of the IAAF World Championships, Beijing 2015, and the finalisation of the extensive anti-doping programme put in place by the IAAF which included both sample collection and education activities. The doping control programme implemented by the IAAF in Beijing was the
Read More 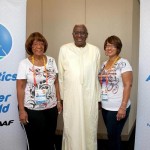 Beijing, Aug 27, 2015: Olympic hero Jesse Owens is being represented by Beverly Owens Prather, his middle daughter, and Donna Prather Williams, his granddaughter, who are currently attending the IAAF World Championships, Beijing 2015. Ms Prather will present the gold medal during the men’s 4x100m victory ceremony on Sunday 30 August. The
Read More

Montreal, Aug 24, 2015: The IAAF had appealed to the Court of Arbitration for Sport (CAS) against a decision of the All-Russian Athletics Federation (ARAF) to suspend Liliya Shobukhova for a period of two years in connection with abnormalities with her Athlete Biological Passport (ABP), seeking a period of ineligibility of up
Read More 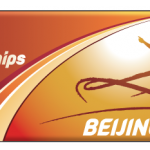 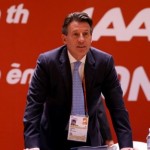 Beijing, Aug 19, 2015: The poll promised very tight. Undecided through, provided the rumor. Its result, however, has left no room for doubt. Sebastian Coe became, in Beijing Wednesday, August 19, the sixth president in the history of the IAAF. The Briton beat his Ukrainian rival, former pole vaulter Sergey Bubka, with
Read More 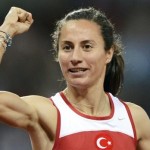 Monaco, Aug 16, 2015: The IAAF has noted today’s article in The Sunday Times claiming yet another ‘sensational’ revelation, this time concerning the alleged results of a study which was carried out at the 2011 IAAF World Championships in Daegu, Korea. This is not a new story, having first been raised on
Read More

Monaco, Aug 14, 2015: In response to a number of media inquiries into comparisons between the annual expenditure of the IAAF and the world governing body of cycling UCI, we would like to underline a number of facts for the record. At the risk of sounding repetitive by reiterating what we have
Read More