London, Oct 24, 2017: With less than six months to go to the Gold Coast 2018 Commonwealth Games, the Commonwealth Games Federation has launched its first-ever CGF Athletes Advisory Commission to engage and represent athlete views and help understand and grow the profile, meaning and impact of Commonwealth Athletes. 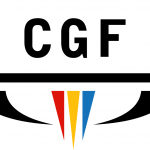 As an integral part of the CGF governance and management structure it will be an influential voice to strengthen the links between athletes, administrators and Games organisers.

CGF President Louise Martin CBE said:“Commonwealth athletes are ambassadors of a great movement whose purpose has been carried and shared across decades, across generations and across borders.

As we recognised in Transformation 2022, the creation of an Athletes Advisory Commission affirms our commitment to being an athlete-centred, sport-focused movement.

We are thrilled and thankful that such a diverse and decorated group of inspiring sports leaders, representing each of our regions, will help shape the future direction of this vitally important initiative through Gold Coast 2018 and beyond.”

The Commission will be chaired and represented on the CGF Executive Board by Rhona Simpson, Scotland’s most-decorated Hockey player and former athlete at the 1998, 2002 and 2006 Commonwealth Games.

The inaugural commission was selected at the recent CGF Executive Board meeting in Colombo, Sri Lanka, after a regional nomination process, bringing together a highly-accomplished group of Commonwealth athletes and medallists with significant previous Games and sports, civic and academic leadership experience.

In addition to Rhona Simpson, the Commission members are:

The Commission was selected to ensure an optimum mix of skills and competencies and balanced representation in relation to region, team and individual sports and para-sport. Women and men are equally represented with four positions each, supporting the Federation’s commitment to gender equality.

Members will hold office for a period not exceeding four years and shall be eligible to serve a maximum of two consecutive terms. The Commission will meet in person for the first time on the Gold Coast next April.

CGF Athlete Representative and Athletes Advisory Commission Chair Rhona Simpson said: “We have been given a far-reaching mandate to not just participate in Games and board decision-making but empower Commonwealth athletes to advance the aims and objectives of the Commonwealth Sports Movement.

I’d like to sincerely thank all of the newly-appointed Commission members, and I look forward to working alongside them to help develop and deliver the best and most inclusive-possible sporting experience for Commonwealth athletes at all levels”. —- CGF