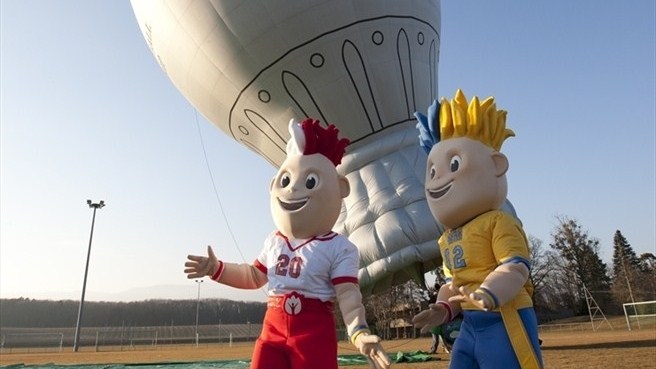 Switzerland, March 29, 2012: trophy tour ready, Fans in Poland and Ukraine will have the chance to see at first hand one of the most famous pieces of silverware in football when the Henri Delaunay Cup embarks on the UEFA EURO 2012 Follow the Trophy tour in April and May. The tour will visit 14 cities across the two co-host countries of UEFA EURO 2012. Fans will be able to pose with the coveted silverware at every stop and, weather permitting, will also glimpse the 35.5m-high hot air balloon inflated in its image.

Entertainment activities will be organised and match tickets and balls will be up for grabs. The trophy will spend three days in each of the eight tournament host cities themselves, being paraded around town on the first day and then going on public display for the other two.

The tour begins in Warsaw on 20 April before travelling around the rest of Poland and later moving into Ukraine, finishing on the coast at Odesa on 26 May.