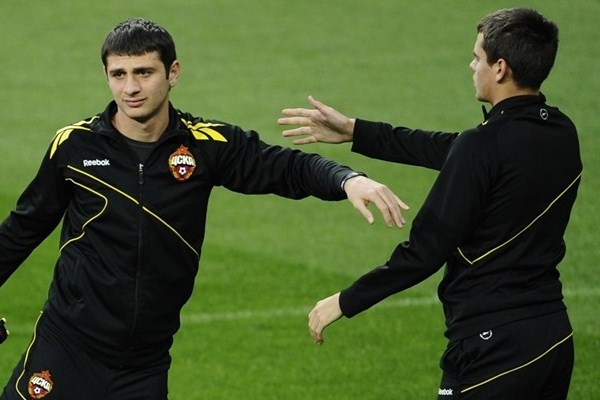 Switzerland, March 29, 2012; Russia playmaker Alan Dzagoev is a doubt for UEFA EURO 2012 after being ruled out for the rest of the domestic season with a broken toe.

The PFC CSKA Moskva midfielder broke the little toe on his right foot during the 2-0 Premier-Liga home defeat by FC Lokomotiv Moskva on Saturday. Dzagoev underwent surgery in Germany yesterday and will be back in training in six weeks if everything goes according to plan. The last set of fixtures in the Russian top flight are played on 13 May, meaning he is unlikely to take the field for second-placed CSKA again this term.

Dzagoev, 21, has become a key player for Russia. He made eight appearances in EURO qualifying, scoring four goals as Dick Advocaat’s side finished top of Group B. Dzagoev has also been in good form at club level, playing every one of CSKA’s games in the UEFA Champions League as they reached the round of 16. Russia take on Czech Republic, co-hosts Poland and Greece at UEFA EURO 2012 this summer.