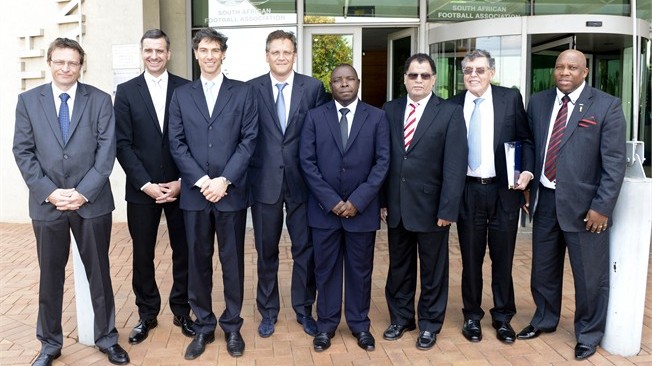 The Legacy Trust, part of FIFA’s pledge to ensure that South Africans will continue to reap the benefits of hosting the 2010 FIFA World Cup™, will support a wide range of public initiatives in the areas of football development, education, health and humanitarian activity, using the game as a tool in South Africa. Application forms will be available on www.safa.net as well as at SAFA House from 1 June 2012. All submissions will be reviewed by an expert evaluation panel and will be subject to approval by the trustees on a yearly basis. The first projects will be approved by the end of 2012.

“We are very pleased that the Trust is now fully operational. It is the first time in the history of the FIFA World Cup that such a trust has been established and it required a complex administrative process, which is why it took us some time to set it up,” explained FIFA Secretary General Jérôme Valcke. “I’m glad that we are now entering a phase that will focus on implementing the vision to ensure that the legacy can benefit the host country.”

In total, ZAR 450 million has been transferred by FIFA into the Legacy Trust accounts that will be administered by international auditors Ernst and Young. ZAR 700 million (USD 100 million) was allocated by FIFA as a legacy of the 2010 FIFA World Cup™.

This is comprised of the ZAR 450 million plus ZAR 140 million, which was given as an advance to the South African Football Association (SAFA) in the build-up to the event for preparation purposes and for the construction of SAFA House, ZAR 40 million, being the amount given to SAFA for football development projects, and a further ZAR 70 million for investment in a fleet of buses and cars enabling the 52 regional structures of SAFA to transport their teams.

“From today, we can look forward to the fruits of 2010 being enjoyed at grassroots level and within communities across South Africa,” said SAFA President Kirsten Nematandani.

“South Africa invested its time and resources in infrastructure development to benefit sport and recreation. And having hosted such a major football spectacle on behalf of Africa and the world, it is also gratifying to note that this investment is bearing fruit for the country through sport development, education and health via the FIFA Legacy Trust. We welcome this boost to raise the standard of living for our people,” said Alec Moemi, Director General of the Department of Sport and Recreation.

Danny Jordaan (SAFA) was formally appointed as the chairman of the Trust Board. The other trustees are: for SAFA, President Kirsten Nematandani and Eric Mtshatsha; for FIFA, Secretary General Jérôme Valcke, Director of Member Associations & Development Thierry Regenass and Head of CSR Federico Addiechi; for the South African government, the Director General of the Department of Sport and Recreation, Alec Moemi; and representing business, Michael Katz.

For further details on the Trust as well as quotes from the trustees, please visit FIFA.com.

FIFA plans Football Museum
FIFA is planning an extension to its headquarters in Zurich, two-thirds of which are open to the public. The focus of the project is the building of a football museum including 3D animations, interactive games, trophies… everything a football fan could wish for.