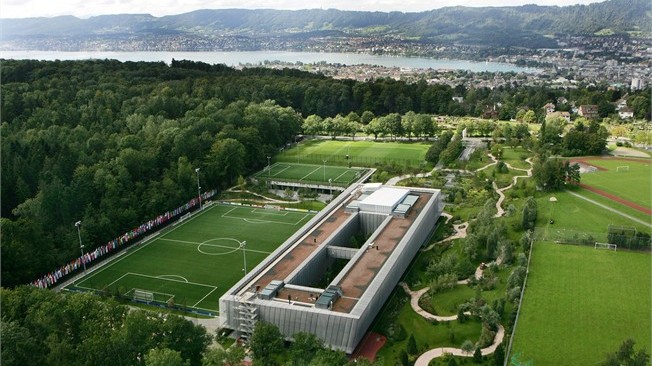 Zurich-Switzerland, April 18, 2012: FIFA is planning an extension to its headquarters in Zurich, two-thirds of which are open to the public. The focus of the project is the building of a football museum including 3D animations, interactive games, trophies… everything a football fan could wish for.