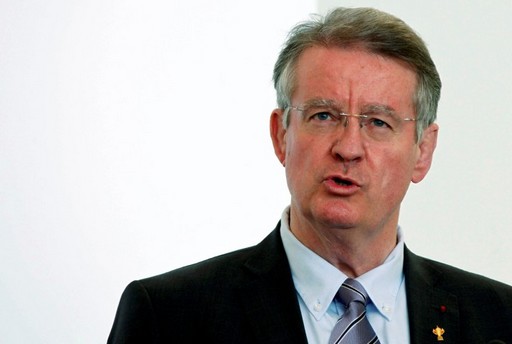 World Series Opportunity, IRB Chairman Bernard Lapasset believes that Tokyo’s hosting of an HSBC Sevens World Series event will have long-term benefits for the growth of Rugby throughout Japan and across Asia. The record-breaking Series will return to Japan’s capital for the first time since 2001 and, judging by advance ticket sales and fever-pitch interest, local Rugby fans are preparing for a big weekend of live Rugby Sevens action.

More than 35,000 people are expected at the Prince Chichibu Memorial Ground over the two days, an encouraging sign as Japan prepares to welcome the Rugby world to its shores in 2019 for the Rugby World Cup. In a way, everything is geared towards that event and an annual stop in Tokyo for the Sevens World Series will be crucial in feeding and promoting that passion and enthusiasm for the Game among the local population.

The fact that this round of the series has no fewer than 13 commercial partners shows the level of interest and commitment from the Japanese commercial sector as well as the potential that exists for Rugby’s future growth. The four major sponsors of the Tokyo Sevens are Canon Inc, Taisho Pharmaceutical Co. Ltd, Taiyo Life Insurance and Toshiba.

Lapasset, who is in Tokyo for the event and for Rugby World Cup 2019 preparation meetings, gave his backing to the event organisers and said it would help promote and grow the Game in Japan and throughout Asia.

“It is important that the people of Japan – both those who already know and love the sport and also new audiences – are exposed to top-quality Rugby as we prepare to bring the Game’s pinnacle tournament here in 2019,” he said.

“It is vital that the Japanese people are prepared for Rugby World Cup and the HSBC Sevens World Series is a great way to do that. I am confident that the city will make a good start along that road this weekend and, in future years, will build upon that success as we move closer to 2019.”

Lapasset believes Asia is a region of exciting progress and great potential and believes that major event hosting, strong development and investment programmes and Rugby’s re-inclusion in the Olympic Games programme is having a profound effect on participation and interest in a region that currently boasts 60 per cent of the world’s youth.

“These are exciting times for the ongoing development of Rugby in Asia. Participation has increased by 18 per cent since RWC 2007 with more men, women and children engaging in the sport than ever before,” said Lapasset.

“The IRB, working with the Asian Rugby Football Union, is committed to the development of the Game in Asia through a strong programme of investment, coaching and education funded through the commercial success of Rugby World Cup.

“We are investing more than £150 million worldwide and £8.7 million in Asia between 2009 and 2012 to ensure that more men, women and children can enjoy a sport that brings people together through values of integrity, respect and solidarity.

“We are also seeing and harnessing the massively positive effects of Olympic Games inclusion with our Asian Unions forging strong relationships with their respective National Olympic Committees to unlock support.”

Rugby is penetrating untapped Asian markets, including China, where rugby has been included in the next All China National Games in 2013. This has led to 15 of the 26 provinces and municipalities establishing Rugby programmes. The IRB is directly supporting the participation as well as performance pathways in these provinces. In Pakistan, where participation quadrupled over the past two years with an increase of 250 per cent in the last year alone, and in Sri Lanka where Fifteens and Sevens players have been centrally contracted.

The IRB has also driven the process to establish autonomous Unions in West Asia, including in the UAE, Lebanon, Qatar, Jordan and Iran, where the sport is now played in 15 out of 30 provinces and where Women’s Rugby thrives. Next month, Afghanistan will participate in its first international Sevens tournament.

Asia now has three events (Dubai, Hong Kong and Tokyo) on the Series which continues to set new attendance and broadcast records. The event will play a major role in the continued promotion of Rugby in Asia as the Rugby family counts down to Rugby Sevens’ debut at the 2016 Olympic Games and Rugby World Cup 2019.