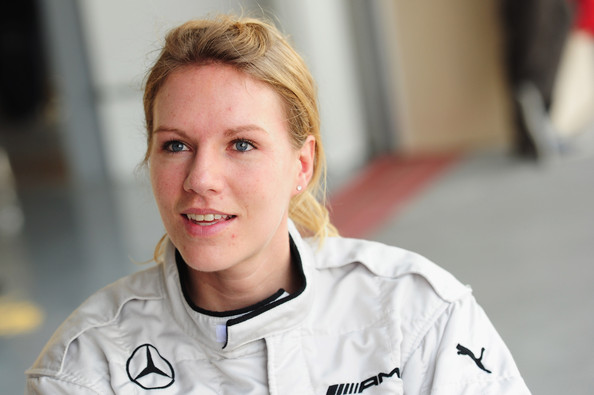 Vergeer is currently taking part in a Johann Cruyff Foundation trip to South Africa to mark the 10th anniversary of the Cruyff Foundation’s involvement in the Wheelchair Tennis Development Fund. The week-long trip will include visits to ongoing projects in Elaansdorn and Johannesburg. South Africa was one of the first countries to be supported by the Development Fund.

Vergeer started to play wheelchair tennis at the age of 12 after surgery on her spinal cord went wrong. A former national standard wheelchair basketball player, she eventually made the decision to pursue tennis instead, and played her first tournament in 1994. Vergeer became world No. 1 for the first time in 1999 and has gone on to dominate the sport winning 169 titles. She has been named ITF Wheelchair World Champion for the last 13 years.

In the last 10 years Vergeer has won a total of 120 successive tournaments, beaten 73 different opponents, won 95 matches 60 60 and dropped only 18 sets of tennis. She has faced only one match point – against fellow Dutchwoman Korie Homan in the women’s gold medal match at the 2008 Beijing Paralympics.

Only one professional athlete in sporting history is known to have a longer winning streak than Vergeer. Pakistan squash player Jahangir Khan won 555 consecutive matches, although he was only undefeated for five-and-a-half years (1981-86).

Vergeer said: “I am impressed I got this far. I sometimes still cannot believe that in all these years I did not have a breakdown. I am proud and I am going to celebrate. I am pleased to link it in with visiting South Africa to celebrate the ten years of the Wheelchair Tennis Development Fund with the Cruyff Foundation.”

ITF President Francesco Ricci Bitti said: “Esther Vergeer is a great athlete and an even better ambassador for wheelchair tennis. Her skill and personality have helped to lift the profile of the sport around the world. This remarkable achievement is a testament to all the hard work she has put in throughout her career.”

Carole Thate, Director of the Cruyff Foundation, said: “Esther Vergeer is a role model not only as an athlete, but also in setting up her own Foundation so that she can give back to society. In collaboration with the Johan Cruyff Foundation, she has established the project ‘From Sport day to Sport club’ to help physically disabled children get acquainted with sport through sports days at schools.”

The Wheelchair Tennis Development Fund was set up in 2002 to celebrate the 25th anniversary of wheelchair tennis. The Fund aims to establish sustainable wheelchair tennis programmes in developing nations through the provision of tennis equipment and technical expertise and the identification of local partners who will take the programme to self-supporting levels. The Johan Cruyff Foundation began financing the Development Fund in 2003 and celebrates its 10th anniversary this year. —- ITF/Image © zimbio.com