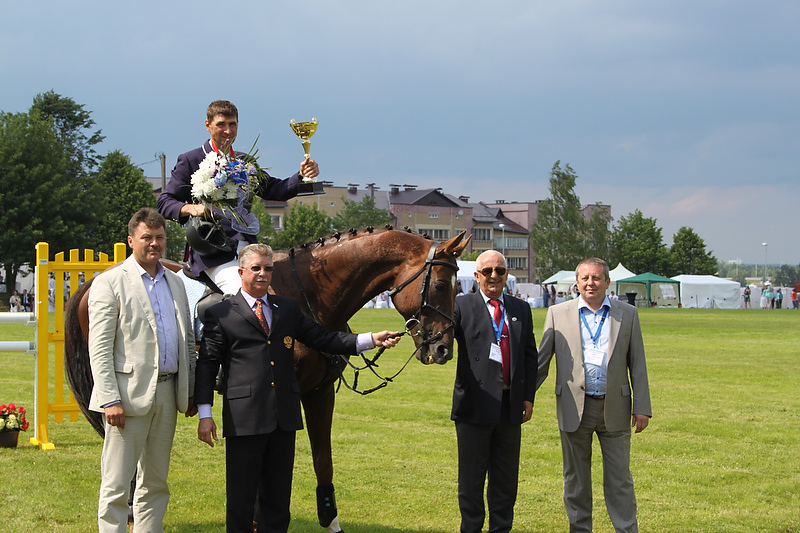 Last year’s winner Alena Tseliapushkina (BLR), a regular participant in this FEI World Cup™ Eventing series, finished second and third on Goliaf and Elga, but as her results did not meet the minimum eligibility requirements, the Belarusian did not earn any World Cup points.

Boris Vasilev (RUS) was lying third after Cross Country on Naftenat, but had a less than happy time in the final Jumping phase, picking up 33 faults to drop to fifth. He was also sixth on Osoka, but he too does not earn any FEI World Cup™ Eventing points for his efforts.

The Jumping phases proved influential: there were five clear Cross Country rounds but none in the Jumping. Six riders were eliminated for three Cross Country refusals, including Tseliapushkina on her most experienced horse, Passat, her ride at the 2008 Olympic Games, and Aliaksandr Faminou (BLR), who finished third on last year’s FEI World Cup™ Eventing leaderboard.

“It was a good Cross Country course built by Mikhail Rybak,” reported Technical Delegate Andy Griffiths (GBR). “It rode well on excellent footing, but caused some silly errors from experienced riders. What was good was that there was such a large and appreciative crowd at the competition.”

FEI World Cup™ Eventing leaderboard (after 2 out of 4 events)