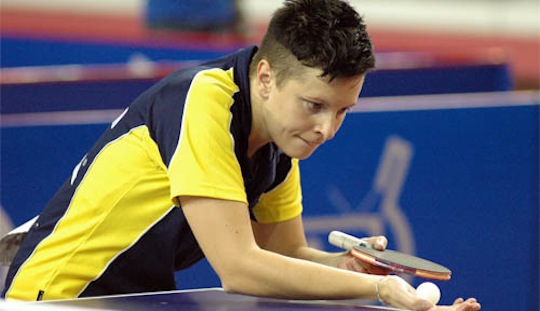 Lausanne, May 13, 2012: Surprises abounded over the four days of play at the Final World Olympic Qualification Tournament in Doha but when matters concluded on Sunday 13th May 2012, it was the top seeds who emerged as champions.

Gold and silver respectively for Tiago APOLONIA and Carlos MACHADO who can anticipate July in London; as can those who filled the next eight places in the Men’s Singles event in Doha.

Meanwhile, for women a minimum eight have potentially reserved places as a result of their efforts in Doha. /Next in line to Matilda EKHOLM and Dana HADACOVA comes Spain’s Sara RAMIREZ and Galia DVORAK, followed by the Russian pairing of Anna TIKHOMIROVA and Yana NOSKOVA, with Hong Kong’s LEE Ho Ching and Portugal’s Lei HUANG MENDES completing the last available places.

All potential qualifiers from Doha have to be officially ratified and their participation confirmed by their respective National Olympic Committees.