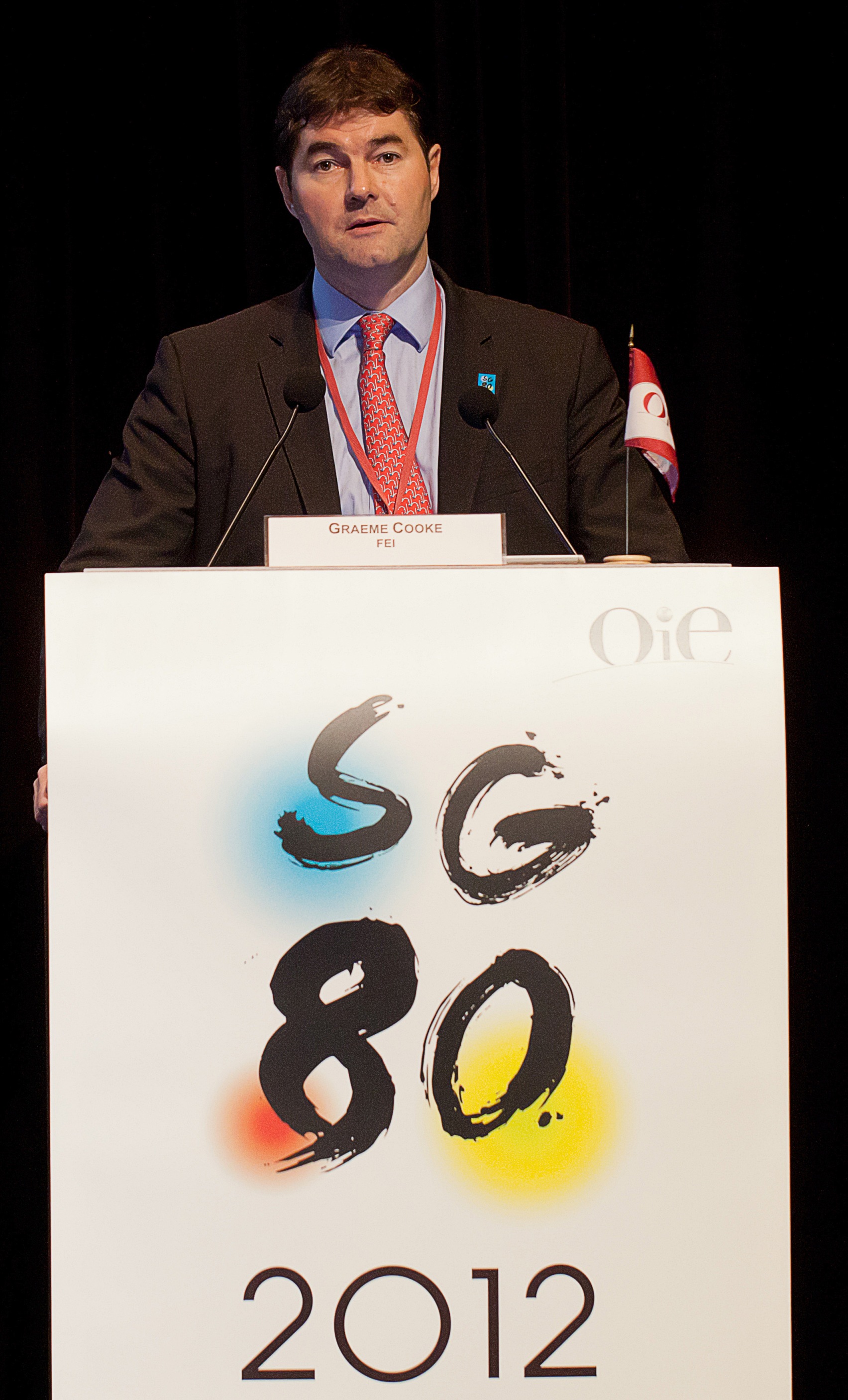 Lausanne (SUI), May 29, 2012: HORSE POLICIES, The OIE and FEI called for new protocols for the movement of “high health, high performance” sport horses at the 80th General Session of the World Assembly of World Animal Health Organisation (OIE) Delegates in Paris last week.

The OIE and FEI are continuing their collaboration to define and create a sub-population of horses to reflect the high health status of top level, international equestrian sport horses. The recognition of a lower disease risk among these horses would better facilitate their cross-border movement by national Veterinary Services.

“As a result of the high increase in international equestrian sport, important constraints to the movement of horses have been revealed. It is clear that there is a need to define the criteria for healthy, high performance horses as a sub-population, which reflects the low level of disease risk involved in their movement,” explained OIE Director General, Dr Bernard Vallat as he opened the General Session on Sunday 20 May.

His comments reflect the growing awareness that the approach of many governments to the import and export of horses, established to protect against disease threats amongst the general horse population, do not take into account the meticulous veterinary care of elite level performance horses.

Following the joint OIE/FEI conference on the international movement of horses held in Guadalajara (MEX) last October, a working group was established to examine the issues involved.

“We strongly support the values and principles of the OIE and we are working in close collaboration with the OIE to find a clear and safe solution that will greatly improve the movement of high health, high performance horses,” said FEI President HRH Princess Haya.

“The number of FEI events has increased by 34% over the last three years and, given the popularity of equestrian sport worldwide, we expect the number of FEI competitions at all levels to continue growing. We will ensure that high levels of biosecurity are in place around those events,” said FEI Veterinary Director Graeme Cooke, who addressed the 600 delegates at the 80th General Session of the OIE.

“The FEI regulatory approach provides a high level of veterinary supervision and when these horses travel internationally they are to be viewed by governments as animals that have a substantially reduced health risk.”

With the mandate to improve animal health and welfare worldwide, the OIE is recognised as the reference standard-setting organisation for the international movement of animals including horses by the World Trade Organisation.

The 80th General Session of the World Assembly of World Animal Health Organisation (OIE) Delegates (20-25 May 2012) brought together representatives of 178 member countries and of 50 international organisations. Images: D.Mordzinski/OIE