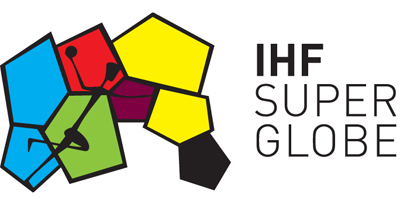 Doha – Qatar, August 24, 2012: For the third straight time after 2010 and 2011 Doha will be the host of the IHF Super Globe – and as in the previous years eight teams from all five continents will compete for the trophy in the capital of Qatar from 27 August to 1 September in the Al-Gharaffa Arena.

Like THW Kiel organizer Al-Sadd Club from Doha was directly qualified, El-Jaish from Qatar is the wildcard participant. All other five participants had won their respective continental qualifications.

Six club teams from Australia, New Zealand, New Caledonia and Tahiti took part in the first ever Oceania qualification tournament in Tahiti. After a close preliminary round the teams Dragon (Tahiti) and University of Sydney (Australia) qualified for the final, won by the “Aussies” 23:22. For most of the players the IHF Super Globe is nothing new, as they had been part of it in 2010 and 2011 with the “AHF Southern Stars” team.

Eight club teams from four countries met in Londrina, Brazil, to decide the Pan-American IHF Super Globe participant – and as in all previous qualifications for this competition before, a Brazilian team took the trophy. For the third time after 2007 and 2008 Metodista Sao Bernardo became Pan-American club champion. In the all-Brazilian final in Londrina they beat 2011 IHF Super Globe participant Pinheiros 27:22 (10:12). In the all-Argentine bronze final River Plate beat Quilmes. Pinheiros and Metodista had won all their three games of the preliminary round before. Top scorers of the tournament were Diogo Kent Hubner (Metodista) and Fabio Vanini (Pinheiros) with 27 goals each.

The host took the trophy: Team Mudhar from Saudi Arabia is the Asian representative of the IHF Super Globe after winning the 14th Asian Club League Championship in Damman, Saudi Arabia. The Saudis won the final against defending Asian club champion Al-Sadd from Lebanon 22:19 (11:7) and qualified for the first time in their club’s history for the IHF Super Globe. Twelve teams from seven countries faced in this competition. Al-Sadd and the Saudi Arabian club Al-Khaleej had won their groups of the preliminary round, including a 31:28 victory of Al-Sadd against their later-on final opponent Mudhar. In two close semi-finals Al-Sadd beat El-Jaish (Qatar) 25:23 (12:14) and Mudhar won 27:23 (13:9) against Al-Khaleej. El-Jaish won the bronze final 30:27 (13:10) against Al-Khaleej.

Like in 2011 the Egyptian team Zamalek won the Babacar African Club Champions Trophy and qualified for the IHF Super Globe for the third time. In the final in Hammamet, Tunisia, the Egyptians beat Force Armee and Police (FAP) from Cameroon 32:18 (18:7).

No club has participated more often in the IHF Super Globe: In 2007 and 2010 the Spaniards had won the trophy, in 2011 they missed their hat-trick due to the final defeat against THW Kiel – and now, after renaming from Ciudad Real, they start for the first time as Atletico Madrid. Right after the Super Globe 2011 they faced FC Barcelona in the EHF Champions League final, but lost, and this year they tightly failed again. After beating AG Kobenhavn in the EHF Champions League semi-final, they lost the final against THW Kiel 21:26. But as the Germans had already qualified for the 2012 IHF Super Globe as defending champions, Madrid will represent Europe now.

The “Zebras” were the dominant club in Germany and Europe in the previous season. By scoring an eternal record of 34 victories in 34 league matches, they became German champions for the 17th time, aside they won the German Cup and as the icing on the cake the EHF Champions League for the third time after 2007 and 2010. Right before the start of the IHF Super Globe, Kiel defended their title in the German Super Cup against runners-up SG Flensburg.

The multi-sports club Al-Sadd from Qatar’s capital Doha is mostly known for their famous football team, but the last decade was also the decade of handball. Al-Sadd became Qatar champions several times – and was strong in the Arab league and the Asian club championships. Their international top result was the title at the 2002 IHF Super Globe. Al-Sadd is the organizer of the 2012 IHF Super Globe.

The history of the IHF Super Globe

The sixth edition of the IHF Super Globe is the third straight time teams from all continents have been fighting for the trophy in Doha, Qatar since 2011. Aside, Qatar was hosting the second edition in 2002, after the premiere had been played in Vienna in 1997. The third IHF Super Globe took place in Cairo, Egypt in 2007.

The results of the previous IHF Super Globe tournaments: