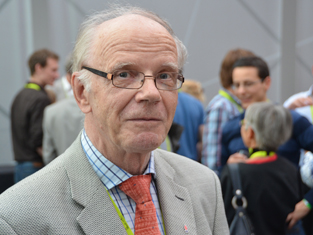 On behalf of the European College of Sport Science, President Prof. Sigmund Loland appointed Prof. Paavo Komi to become first Patron of the ECSS at this year’s ECSS winter meeting in St. Christoph, Austria. In a cordial ceremony the ECSS honored Prof. Paavo Komi’s long-term dedication to the ECSS.

As founding member of the college Prof. Paavo Komi became ECSS President in 1997. He hosted two ECSS Congresses in Jyväskylä, Finland in 2000 and 2007 and later went on to become ECSS Scientific Board member before his reassignment at the ECSS Liverpool 2011 congress.

The ECSS is pleased to take on Prof. Paavo Komi as Patron of the European College of Sport Science.