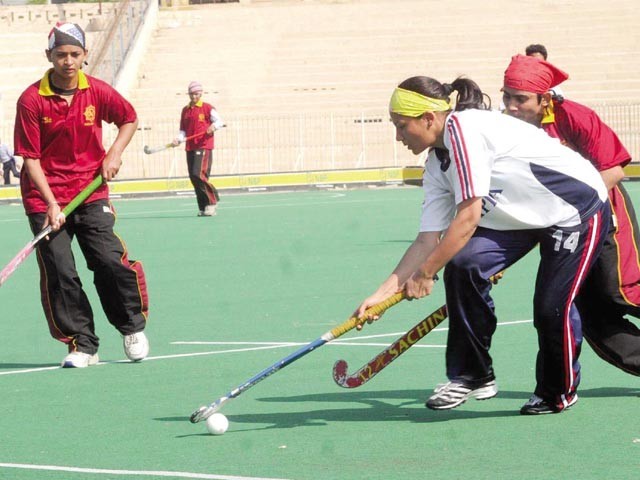 Bankok-Thailand, April 24, 2012: Bangladesh retained the title of 4th AHF (Asian Hockey Federation) Cup with a convincing 6-3 win over Oman in the final in Bangkok yesterday.

Striker Krishna Kumar struck three goals, Mamunur Rahman Chayan converted two goals and promising forward Iqbal Nadir Prince netted the other goal for Bangladesh to win the title of the qualifying meet for the 9th Men’s Asia Cup Hockey to be held in 2013. The Asian Hockey Federation introduced the AHF Cup (Qualifying tournament for Asia Cup) from 1997 and Bangladesh had taken part in it from the third edition in 2008 where they emerged champions to qualify for the 2009 Asia Cup held in Kuantan in Malaysia as top six teams Korea, Japan, India, Pakistan, China and Malaysia are always given direct entry to the top tournament of Asia.

Since the introduction of the Asia Cup in 1982, Bangladesh played the big Asian show directly till the seventh edition but they were forced to play the second-tier qualifying tournament from 2008 and they emerged champions both times they took part.

The four semifinalists of 4th AHF Cup Bangladesh, Oman, Sri Lanka and Singapore have qualified for the ninth Asia Cup though the last edition saw AHF Cup champions Bangladesh were given entry to play with top six auto-qualifiers

“Once we fought against both Malaysia and China neck and neck but in the recent past the gap between us has been widened. That’s why Bangladesh has to play the qualifying tournament to ensure the Asia Cup berth,” said Bangladesh Hockey Federation general secretary Khaza Rahmatullah yesterday.

Back to the game, like the semifinal against Sri Lanka, Bangladesh once again came from behind to pull off an easy victory over Oman, who stunned Bangladesh 6-5 in the Asian Games in Guangzhou, China. But this time Bangladesh did not give the opponents much room to play.

Oman went ahead with a seventh-minute strike from Khaled Zuma but Bangladesh took three minutes to come back into the game when penalty corner specialist Chayan converted his first penalty corner to level the margin and then doubled it in the 16th minute from another penalty corner. Krishna, an Army striker, made it 3-1 through a field goal in the 26th minute to go for a comfortable break.

After the resumption, Krishna struck his second to widen the margin to 4-1 and striker Prince took the game away from Oman by striking the team’s fifth goal in the 48th minute.

Oman put up a late rally to reduce the margin to 5-2 in the 63rd minute through Hubais Al Sar before Krishna hit the board for the third time to take the margin to 6-2 in the 65th minute. Hubais Al Sar struck another in the 69th minute for Oman. Bangladesh captain Rasel Mahmud Jimmy was adjudged man of the match for excelling in his playmaker role in the final. By: Hawker