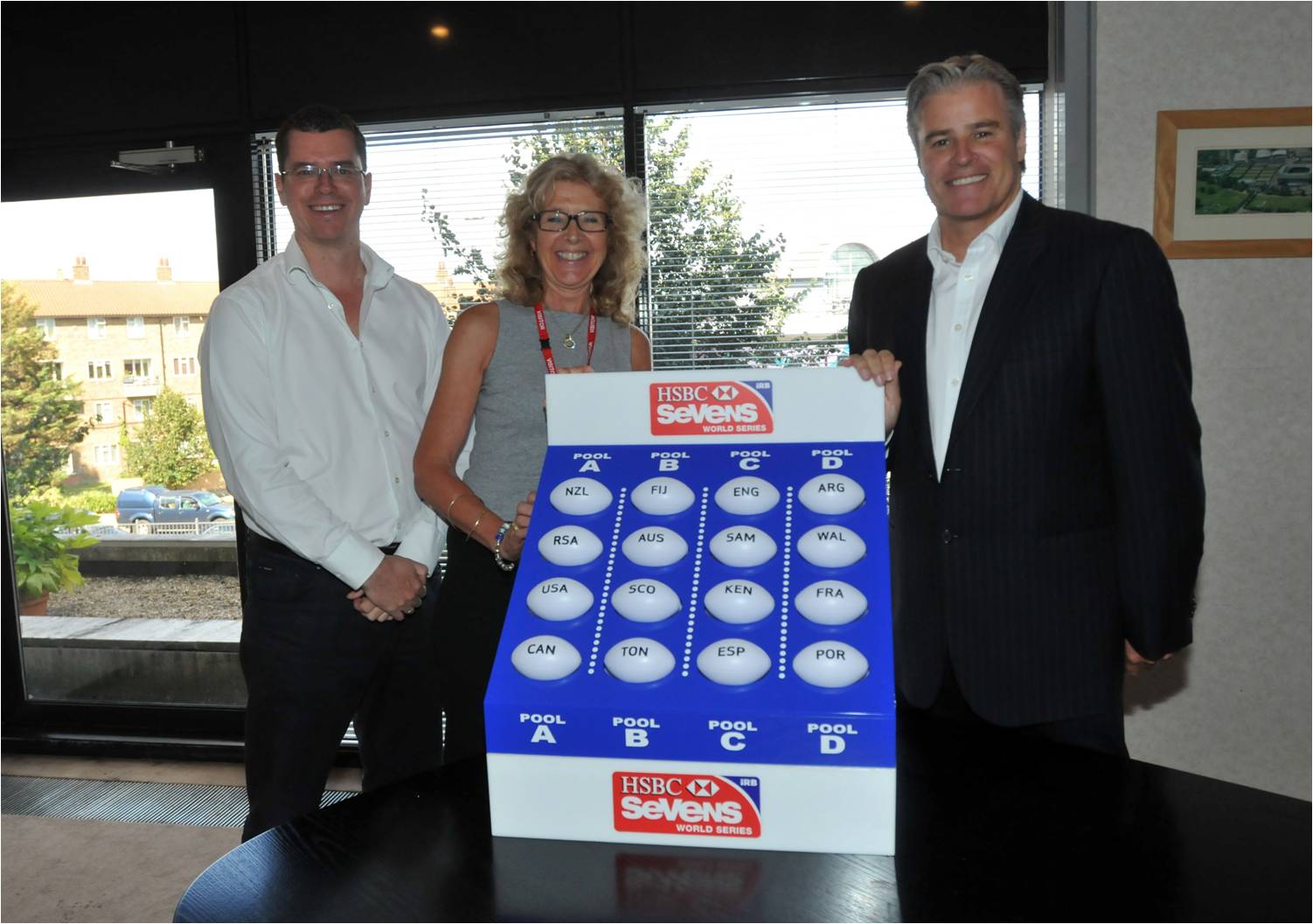 Dublin – Ireland, Sept 17, 2012: The International Rugby Board, in conjunction with tournament organisers the Australian Rugby Union, has announced the pools and match schedule for the Gold Coast Sevens – Fever Pitch, round one of the HSBC Sevens World Series 2012/13.

For the second year running the tournament will be staged at Skilled Park on the Gold Coast, where hosts Australia have been drawn to face defending champions Fiji in pool play on Saturday 13 October. The Australians will be attempting to win a home Sevens title for the first time since 2002, when they won in Brisbane.

Defending HSBC Sevens World Series champions New Zealand were placed top of Pool A and will face South Africa and both North American teams in the draw, USA and Canada. Last season’s runners-up Fiji are top of Pool B and face matches against tournament hosts Australia as well as Scotland and Oceania’s regional qualifier, Tonga.

England head Pool C and face three tough matches against 2009/10 World Series champions Samoa, Spain and Kenya, who are now under the guidance of former England coach, Mike Friday. Argentina were drawn top of Pool D and will face matches against three European sides in Wales, France and Portugal.

IRB Chief Executive Brett Gosper made the draw and believes that the next four years to Rio will be massive for the sport.

“This is a hugely exciting time for me to have joined the IRB and I am delighted to have been involved in making the draw for the Gold Coast Sevens, our first major Rugby Sevens event in the new Olympic cycle,” said Gosper.

“The HSBC Sevens World Series has grown into a global brand attracting hundreds of thousands through the turnstiles and millions more on television around the world. We are looking forward to another hugely successful Series, starting on the Gold Coast.”

Australia captain, Ed Jenkins, said the home side was looking forward to getting back to the Gold Coast, and to the challenge of facing last year’s champions in the last match on day one.

“There is a great feeling in the group at the moment, we’ve had some good training camps and the win at the Oceania Sevens has certainly given us a lot of belief,” Jenkins said.

“Last year the crowd and the support was good, hopefully this year there’ll be more people there enjoying some fantastic games. The draw has certainly thrown up some exciting match-ups and some great challenges. All of the games on day one could go either way and when they’re done the finals on day two will be even tougher.”

In addition to the draw for the first of the nine rounds, the IRB has also announced a change to the pool draw allocation process for each of the nine rounds. From the start of the new season, the winner of the 3rd/4th ‘bronze medal’ match at each round of the Series will be placed top of Pool C for the subsequent round. Previously, the only teams to gain automatic placing into pools for the next event were the Cup winner (top of Pool A) and Cup runners-up (top of Pool B).

The full details of the bands for the pool draw are as follows:

– The Cup winners, runners-up and 3rd-placed team will be placed top of Pools A, B and C respectively.

– Teams placed 4th to 8th will be drawn into Band 2, with the first drawn team allocated top of Pool D.

– Teams placed 13th, 14th, 15th, together with the one invitational team, will be drawn into Band 4.

For Round 1 of the HSBC Sevens World Series 2012/13, the Gold Coast Sevens – Fever Pitch, teams were placed and banded based on the final standings of the 2011/2012 Series (see below). Tonga, as the 16th team based on their performance at the recent Oceania Sevens, will be placed into Band 4.