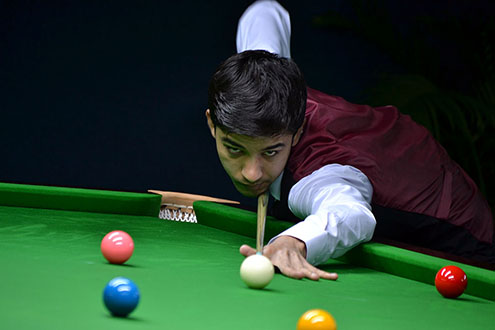 Karachi – Pakistan, June 12, 2013: The PBSA wish to inform and apprise the Press/Media that since last October the Association has been making hectic efforts to send the Pakistan Snooker team for participation in the forthcoming above games in Korea and has been coordinating with the Pakistan Olympic Association relating to the fulfillment of all the formalities such as submission of the Entry by Sport Form (Billiard Sports), Entry by Name till the accreditation process for Pakistan Snooker players and Team officials which have been finalized and completed by the Pakistan Olympic Association with the Organizing Committee.

And as per the norm and practice, the Pakistan Sports Board is responsible to make arrangements for the participation of the Pakistan contingent in all such International Sports Events through POA.

Since only two weeks remain for the commencement of the above games, and receiving no response from the PSB regarding to the travel arrangements or the sports uniforms, which as per the past practice are provided to the participating National teams. The Association wrote a letter to the PSB inquiring the status, reply of which as usual is yet awaited by the PBSA.

The PBSA has officially also brought the fact to the knowledge of the PSB that at present Pakistan is holding two major titles in the (Billiard Sports) – being the IBSF World Snooker title (Gold Medal) and the recent Asian 6-Red Snooker title (Gold Medal). Besides the above two Gold Medals Pakistan is also holder of Runner-Up position in 2012 – Dubai International Open (Silver Medal) and 14th Asian U-21 Snooker Championship – 2013 (Silver Medal).

And as such Pakistan has an optimistic chance of winning a Gold Medal in the forthcoming Games. And also if we miss the participation for any reason, it would be a great setback for the game of Snooker in Pakistan, especially our players who are undoubtedly performing and bringing laurels for our beloved country.

The PBSA had planned to hold a practice/training camp for the Pakistan Snooker team two weeks before their departure for Korea, but all seems to be in vain. We hope the Pakistan Sports Board, Pakistan Olympic Association and the Ministry of Inter Provincial Coordination being the parent bodies on Sports should have a positive approach for the betterment and promotion of Sports in Pakistan as our Players/Athletes do have the potential of bringing laurels for the country.