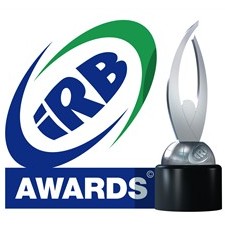 IRB Unveils, A shortlist of three nominees, two New Zealanders and one Englishman, has been unveiled for the IRB Sevens Player of the Year Award, in association with HSBC.

With just one round left to play in the 2011/12 HSBC Sevens World Series, in England’s capital London, Tomasi Cama (NZ), Frank Halai (NZ) and Mat Turner (ENG) have been nominated for the award.

The outstanding trio were shortlisted from a vote by the management teams of the 12 core sides who compete at each and every round of the Series.

The winner will be announced following the conclusion of the Marriott London Sevens, at Twickenham Stadium on 13 May.

Fijian-born playmaker Cama is up for the award for the second year running, having lost out to South Africa’s Cecil Afrika last season. Cama’s sharp rugby brain and astute Sevens acumen has once again been a key factor behind New Zealand’s drive for a 10th World Series success. He is also currently the season’s top point-scorer with 330 and has 28 tries to his name.

Giant wing Frank Halai has also touched down 28 times for the New Zealanders this season. His powerful presence out wide has often proved the difference for the kiwis, no more so than at their home event in Wellington and also in Port Elizabeth, where they won back to back titles.

For England, Mat Turner has produced performances of a consistently high level. Operating from the scrum-half position and out wide, his pace off the mark and eye for a gap has often lifted his side and his was the telling contribution when Ben Ryan’s men retained the Cup title in Dubai, and reached the final in Glasgow.

“Between them, these three players perfectly sum up the skill, excitement, pace and power on show in our magnificent Olympic game of Rugby Sevens,” said IRB Chairman, Bernard Lapasset.

“All three have been outstanding players and sportsmen this season and to be shortlisted by the teams they have played against shows just how significant their individual contributions have been.”

For the first time, the public now has the chance to vote on this shortlist on the official World Series Facebook page. The results of the public poll will be considered, along with the votes of the core team management, when finalising the winner.

Giles Morgan, Group Head of Sponsorship and Events for HSBC Holdings plc, said: “On behalf of HSBC I congratulate the nominees for Player of the Year and wish them luck in London. Alongside all of their team mates and competitors from all the participating nations, they have helped make this another fantastic season of Sevens.”