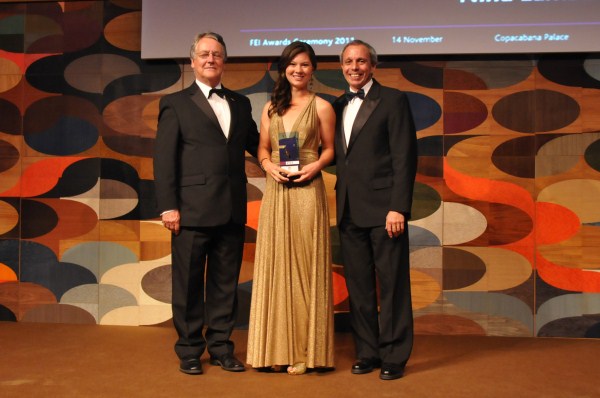 Lausanne – Switzerland, July 17, 2012: Thailand is one of the 10 nations represented only by individuals in Eventing. Ligon will compete on Butts Leon, an experienced four-star Hanoverian produced by German rider Andreas Dibowski. Butts Leon and Dibowski were on the German gold-winning medal team at the Beijing 2008 Olympic Games. Nina Lamsam Ligon, winner of the FEI’s HSBC Rising Star Award 2011, is to represent Thailand in Eventing at the London 2012 Olympic Games.

Ligon, who is a dual national (THA/USA), has been in the UK since April of this year to prepare for the Games and give her four horses the chance to acclimatise. She was keen to broaden her three-star level experience in the host nation of the 2012 Olympic Games and the past few months have seen her compete at events at Houghton Hall, Bramham and Barbury Castle.

The FEI’s HSBC Rising Star Award rewards an equestrian athlete between the ages of 14 and 21 who demonstrates outstanding sporting talent and commitment.

Ligon competed at her first Eventing competition when she was nine and, six years later, rode on the USA junior team at the FEI North American Juniors and Young Riders Championships. Her successes prompted the Thai National Team to invite her to join them at the 2007 Southeast Asian Games in Pattaya (THA). She competed as the Thai Eventing team’s youngest and first female rider, winning individual gold and contributing to Thailand’s team gold win. Ligon’s fourth place at the 2010 Asian Games in Guangzhou (CHN) led the Thai team to a silver medal.

Ligon is an inspiration for young riders in Thailand and is significantly contributing to the Thai Equestrian Federation’s leadership efforts to develop Eventing internationally and throughout Asia.

“I am very honoured to have received the Rising Star Award. To know I was selected from a pool of incredibly talented young equestrians gave me the confidence that I can hold my own on the competition field and the reassurance that I could make my goal of the London 2012 Olympics a reality. I hope that by winning this award I can inspire other young Thai riders to follow their dreams as well.”

To date, the FEI has received nominations for this award from the disciplines of Jumping, Dressage, Para-Equestrian Dressage, Eventing, Endurance and Vaulting. The award is open to young athletes in all FEI disciplines.

“HSBC is dedicated to providing support at all levels and committed to grassroots development. We hope the winner of this award recognises his or her achievement and wish them the best in furthering their career and developing their talent. HSBC wishes to extend its congratulations to Nina Lamsam Ligon (winner of the 2011 HSBC Rising Star Award) on her recent selection to represent Thailand in the 2012 London Olympics.”

Nominations for all five categories of the FEI Awards (HSBC Rising Star, Reem Acra Best Athlete, Best Groom, Against All Odds and Development) are open until 31 July at www.feiawards.org —– FEI/Image © FEI/Rosane Bakierman