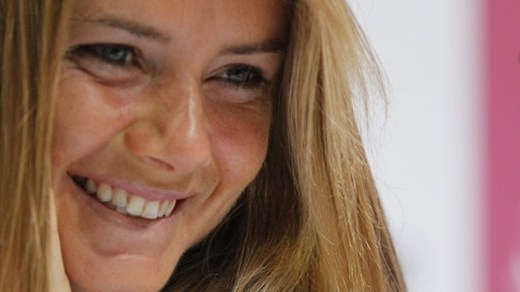 London March 25, 2012: The ITF has announced the first four winners of the 2012 Fed Cup by BNP Paribas Heart Award. Slovak Republic’s Daniela Hantuchova has been recognised in the World Group and World Group II first round category, while the Zone Group I winners are Colombia’s Catalina Castano, China’s Li Na and Sweden’s Sofia Arvidsson. The ties took place in February. 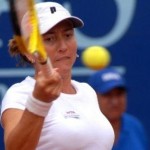 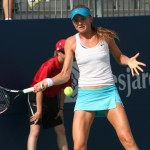 The four Heart Award recipients were decided by a public vote on FedCup.com and FedCup.com/es that saw over 10,000 fans make their selection. Ten players were initially shortlisted by a judging panel consisting of ITF President Francesco Ricci Bitti and a group of former Fed Cup players and members of the international media. All the winners receive a silver Baccarat bracelet and a cheque to be donated to a chosen charity.

ITF President Francesco Ricci Bitti said: “There were some outstanding performances during the Fed Cup ties in February so I’d like to congratulate Daniela, Sofia, Catalina and Li Na for coming out on top of the public vote. The Fed Cup by BNP Paribas Heart Award continues to reward players for the commitment they make to their team and the competition as a whole. I’m sure the four winners will now take great pride in making their donations to charity.” 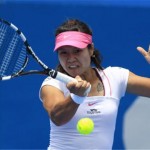 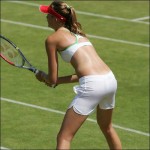 The Fed Cup by BNP Paribas Heart Award is a joint initiative between the ITF and BNP Paribas. It aims to recognise players who have represented their country with distinction, shown exceptional courage on court and demonstrated outstanding commitment to their team. A total of five players will be recognised in 2012.

Daniela Hantuchova has been a Fed Cup stalwart for Slovak Republic for over 10 years and showed she still has the desire to succeed as she extended her overall record in the competition to 31-15 with two singles wins during her team’s 3-2 victory over France in the World Group II first round in Bratislava.

In a marathon match lasting over three hours on the opening day against Pauline Parmentier, the 28-year-old fought back from a set down to grind out a 57 61 97 win. With the Slovaks 2-1 ahead, she then came from a break down against Alize Cornet to close out the tie 63 64. Catalina Castano has represented Colombia for over 15 years and has now played in 44 ties. Competing in eight rubbers throughout the week-long Americas event in Brazil, the 32-year-old veteran notched six victories as Colombia narrowly missed out on promotion.

Castano’s most impressive wins were decisive doubles victories with different partners against Paraguay and Brazil to help the team reach the promotion play-off, which they lost to Argentina.

Li Na made an immediate impact on her return to Fed Cup by winning all three of her matches as China came through the Asia/Oceania event on home soil. Kei-Chen Chang and Nigina Abduraimova offered little resistance to the 2011 Roland Garros champion in the round-robin stages as China bulldozed their way to the promotion play-off against Kazakhstan.

Galina Voskoboeva, who was nominated for a Heart Award alongside Li, proved a tougher nut to crack but the 30-year-old rose to the challenge in a 61 36 61 triumph, sealing the tie and with it a spot in the World Group II play-offs.

Sofia Arvidsson had one of the best weeks of her career at the Europe/Africa event in Israel as she remained undefeated in both singles and doubles to steer Sweden into the World Group II play-offs. The 28-year-old did not drop a set in singles, but it was in doubles where she showed real character.

In the team’s final round-robin tie against Hungary, Arvidsson partnered Johanna Larsson to a 76(9) 26 64 win in the deciding doubles. This victory stood them in good stead in the promotion play-off against Poland, where they once again won a deciding doubles against the highly ranked Radwanska sisters, Agnieszka and Urszula, 64 63.

To be presented at the Final World Group semifinals