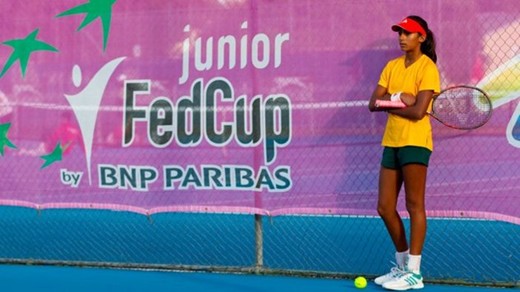 London, April 23, 2012: Regional Final Qualifying events are taking place this week for both Asia/Oceania and North/Central America and Caribbean. Tuesday sees the first day of the Asia/Oceania Junior Davis and Fed Cup by BNP Paribas Final Qualifying in Bendigo, Australia. Sixteen teams will contest each event with four boys’ and four girls’ teams going through to the Finals in Barcelona, Spain in September.

Favourite in the boys’ event is Korea with the highest-ranked player at the event, Hyeon Chung, leading the team of Ku Keon Kang and Gu Jeon Shin. Kang was part of the winning team at the World Junior Tennis Finals 2011. Other favourites include Japan and India.

Among the favourites in the girls’ event is India, who boasts the only female player at the event with an ITF ranking within the top 100. Korea is hot on their heels with a team with a great depth and wealth of experience on the circuit.

The Aussie girls and boys will both be hoping to make the most of their home advantage as well as the experience from their team captains, with Mark Woodforde captaining the Junior Davis Cup team and Nicole Pratt as captain of the Junior Fed Cup team.

Thursday sees the start of the North/Central America and Caribbean Final Qualifying in Merida, Mexico for the Junior Davis and Fed Cup by BNP Paribas and the boys and girls World Junior Tennis Competition.

A total of 16 teams will be competing across the four events. USA came top of three of the four events last year, with Canada prevailing in the Junior Davis Cup by BNP Paribas. Two teams will qualify in each event for the respective Finals in Barcelona and Prostejov.

The Fédération Française de Tennis (FFT) have confirmed the entries for the Roland Garros Wheelchair Tennis Event, a part of the NEC Wheelchair Tennis Tour and the second Grand Slam of the year, which takes place from 6-8 June 2012. The top seven ranked players at the entry deadline, plus one wildcard, make up the eight players for the men’s and women’s events.