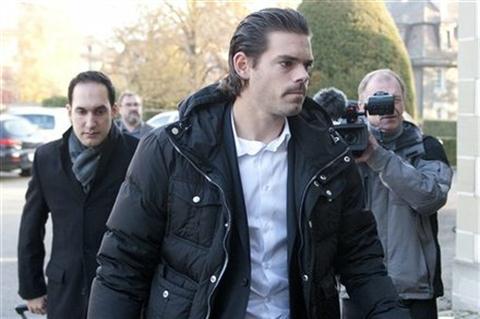 Lausanne, Switzerland: The Court of Arbitration for Sport (CAS) has rendered its decision in the arbitration between the Austrian tennis player Daniel Koellerer and the Association of Tennis Professionals (ATP) Women’s Tennis Association (WTA), International Tennis Federation (ITF) & Grand Slam Committee. The CAS has confirmed the decision of the Anti- Corruption Hearing Officer (AHO) to rule that Daniel Koellerer be permanently ineligible to participate in any event organised or sanctioned by any of the four tennis governing bodies: ATP, WTA, ITF and Gran Slam Committee. However, the CAS has decided to set aside the fine of $100,000 which had been imposed on the player.

On 24 January 2011, the tennis governing bodies notified Daniel Koellerer of their findings that he had made invitations to other tennis players to fix matches on five occasions between 24 October 2009 and 3 July 2010. The same information was provided to the AHO who ruled on 31 May 2011 that the player was guilty of attempted match-fixing. He ruled that Daniel Koellerer be declared permanently ineligible to participate in any event organised or sanctioned by the tennis governing bodies and ordered him to pay a fine of $100,000.

On 28 June 2011, Daniel Koellerer filed a statement of appeal with the CAS requesting that such decision be set aside, together with the sanctions imposed on him. A CAS panel composed of Mr Romano Subiotto QC, UK (President), Mr Quentin Byrne-Sutton, UK, and Mr Henri C.

Alvarez QC, Canada, was appointed to hear this matter. The CAS Panel heard the parties and their witnesses at a hearing held at the CAS headquarters in Lausanne on 28 and 29 November 2011.

The CAS Panel rejected the player’s argument challenging the standard of proof provided in the Uniform Tennis Anti-Corrpution Program (UTACP) and accepted that the applicable standard of proof in this matter was “a preponderance of the evidence”. On the basis of the evidence submitted by the parties to the CAS, the panel of arbitrators was satisfied that the player attempted to engage in match-fixing. The Panel ruled that the tennis governing bodies had met their burden of proof and confirmed the findings of the AHO.

As to the sanctions, the CAS Panel confirmed the life ban, acknowledging that the sanction was sufficiently high enough to reflect the seriousness of the corruption offences, but set aside the decision of the AHO with respect to the imposition of a fine of $100,000, considering, in particular, that the player did not benefit financially from any of the charges for which he has been found liable.

Note: this Press Release was released on March 23, 2012 from Lausanne, Switzerland.