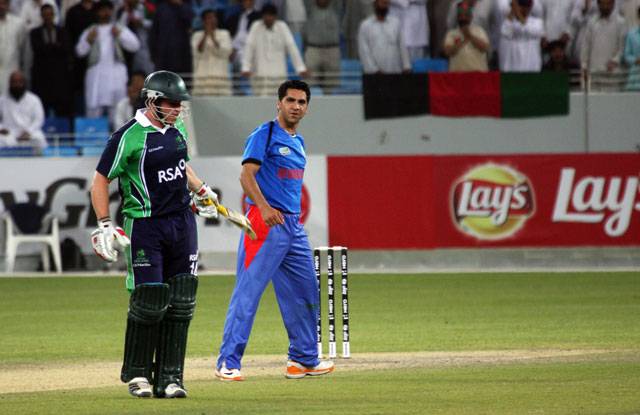 Dubai, March 25, 2012: Aftab Alam of Afghanistan has been reprimanded and warned of his future conduct for breaching the ICC Code of Conduct during his country’s five wickets defeat against Ireland in the ICC World Twenty20 Qualifier UAE 2012 final on Saturday at the DICS. Aftab admitted the charge and accepted the sanction imposed by ICC Match Referee David Jukes without the need to convene a disciplinary hearing.

Through his admission, Aftab was found to have breached Level 1 Article 2.1.6 of the ICC Code of Conduct for Players and Player Support Personnel, which relates to pointing or gesturing towards the pavilion by a bowler or a fielder upon the dismissal of a batsman during an International Match. The incident happened in the 19th over, which turned out to be the last over of the match, when Aftab celebrated the wicket of Gary Wilson by pointing the Irish batsman towards the dressing room.

All Level 1 breaches for this event carry a minimum penalty of a reprimand and/or the imposition of a fine up 50 per cent of the applicable match fee. As with other breaches at this level, the ICC Match Referee’s decision is final and binding.