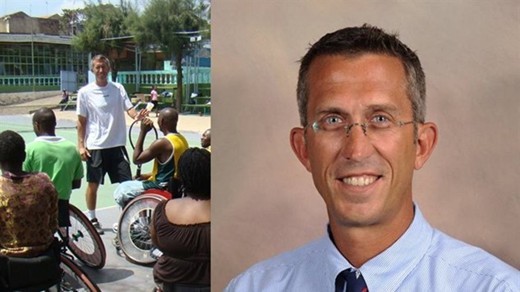 Dan James (USA) has won the 2011 Coach of the Year Award. Known as the “man of the people” he is often surrounded by others and his ability to connect with players has been critical to the USA team’s success in 2011.

He played a critical role in Team USA’s five medals (three gold, one silver, one bronze) at the 2011 Parapan American Games in Mexico. This included one gold to a player who, after being away from the game for over a year, was coached by James in the lead up to the competition. The importance of James’ assistance to their performance was noted by the player.

James continues to be an ambassador for the sport, participating in camps, clinics and other programmes contributing to the growth of the sport. In 2011 through his communications with the Olympic side of the sport he managed to secure the first ever wheelchair tennis athlete spot at the US Olympic Committee’s training site in Chula Vista.

This is the second time the American has won this award, having previously won it in 2007. He will be presented with the trophy at the 2012 BNP Paribas World Team Cup in Seoul, Korea Republic in May.