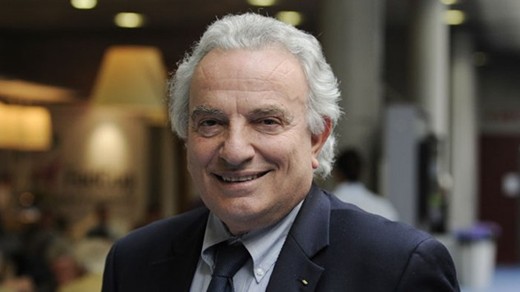 Oswald said: “We have made significant progress during the last 12 years, and seen sport and the role of the International Federations grow greatly in its importance on the global stage. I am very pleased that ASOIF will be in the capable hands of Francesco and the organisation is lucky to have someone of his great experience to lead the International Federations forward.”

Ricci Bitti paid tribute to the work of Denis Oswald who will remain in place through the end of the year, including the Olympic Games in London where he is Chairman of the IOC Coordination Commission.

Ricci Bitti said: “It is a great honour for me to be elected to this important role by my colleagues from the International Federations and I will focus on strengthening their position and influence by harnessing the massive experience and expertise, which our members collectively hold, for the benefit of all. The next few years will see major changes in world sport and I aim to ensure that ASOIF and the International Federations are at the forefront of the decision making process.

“The return to the Olympic movement in 1988 was a very important step for tennis. We at the ITF have worked hard to make the Olympic Tennis Event one of the most aspirational and influential events in our sport and in the Olympic Games,” added Ricci Bitti. “The honour to be elected ASOIF President is one that I share with the ITF family, including our 210 member nations, and I hope that they will take this election as a compliment for our sport from the members of ASOIF.”