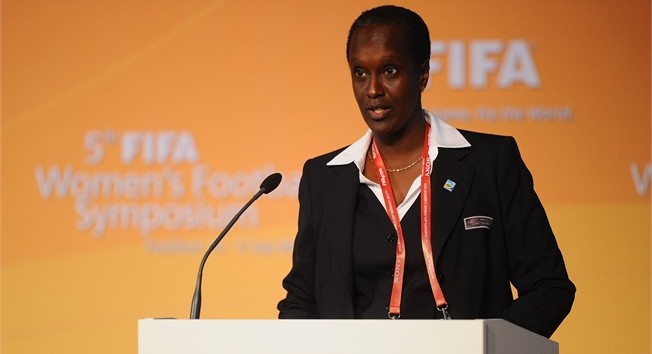 Zurich-Switzerland, May 23, 2012: Compliance, Chaired by FIFA President Joseph S. Blatter, the FIFA Executive Committee convened in Budapest ahead of the 62nd FIFA Congress to be held in Hungary’s capital on 24 and 25 May.

Regarding the governance reform road map, the Executive Committee took another major step with the appointment of Mr Domenico Scala (Italy/Switzerland) as the independent chairman of the Audit and Compliance Committee. Mr Scala had been proposed by the Independent Governance Committee (IGC). This appointment will be submitted to the Congress for ratification.

Moreover, the Executive Committee confirmed the proposed change to the FIFA Statutes involving the restructuring of the Ethics Committee with a new system of two chambers with two independent chairmen. The FIFA Executive Committee noted that one candidate proposed by the IGC had to decline the position of chairman of the adjudicatory chamber just yesterday for health reasons.

In view of this, the Executive Committee decided to hold an extraordinary meeting to designate both chairmen together once the FIFA Congress has approved the relevant amendments to the FIFA Statutes, which will come into force 60 days after the Congress. At this extraordinary meeting, which is to take place in Zurich in the first week of July, the FIFA Executive Committee will adopt the Code of Ethics and appoint both chairmen so that the new Ethics Committee can start work thereafter.

Furthermore, Ms Lydia Nsekera (see above picture), President of the Burundi Football Association and a member of the FIFA Committee for Women’s Football and the FIFA Women’s World Cup™ and the FIFA Organising Committee for the Olympic Football Tournaments, has been co-opted on to the FIFA Executive Committee. Ms Nsekera will be installed at the 2012 FIFA Congress. The formal election of a woman representative on the Executive Committee will be held in 2013 once the new FIFA Statutes have come into force. This decision follows the proposal made by the FIFA President at last year’s Congress.

– Security: at the proposal of the FIFA President, the Executive Committee unanimously confirmed its full opposition to any fireworks being allowed into football stadiums.

– FIFA Confederations Cup Brazil 2013: Brasilia, Belo Horizonte, Fortaleza, Rio de Janeiro, Recife, and Salvador have been approved as host cities; nevertheless, several match schedules including four, five and six cities have been worked out in order to adapt smoothly to the actual situation in due time, at the latest in mid-November.

– The tournament dates of several FIFA competitions have been approved:

– Kosovo: the Executive Committee has given its approval for FIFA member associations to play friendly matches with the Football Federation of Kosovo in accordance with art. 79 of the FIFA Statutes. Image © Getty Images