Tokyo, Oct 23, 2018: The International Olympic Committee (IOC) announced today that Naomi Kawase has been appointed to direct the Official Film of the Olympic Games Tokyo 2020.

Kawase will build on a legacy of more than 100 years of Olympic film production, including the documentaries created for past Olympic Games that held in Japan: Tokyo 1964 (directed by Kon Ichikawa), Sapporo 1972 (Masahiro Shinoda) and Nagano 1998 (Bud Greenspan). 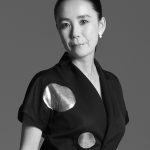 For each edition of the Olympic Games, the IOC, in close collaboration with the host city Organising Committee, reviews proposals from the host nation’s top filmmaking talent.

Kawase chosen after close consultation between the Tokyo 2020 Organising Committee, Japanese film experts, international film experts, and the Olympic Foundation for Culture and Heritage, which guides productions on behalf of the IOC.

Naomi Kawase commented, “The Olympic Games have a long and glorious history, and with the international sports event returning to Tokyo after 56 years, I’m thinking about the role bestowed on me.

I now feel that the ‘god of film’ that came to me that day has given me the chance to record this wonderful celebration of sport that connects people, and to leave a legacy for generations to come.

Yoshiro Mori, President of Tokyo 2020, commented, “very pleased that Naomi Kawase, one of Japan’s world class film directors and a producer of many artistic works, has accepted our offer to direct the official film of the Olympic Games Tokyo 2020.

I understand Naomi Kawase has a passion for sport, having played basketball at a national tournament when at high school.

We are looking forward to seeing from which perspectives she will view the Games and what kind of historical work the film will become.

For more details, please see the IOC’s announcement at:

Kawase makes films that consistently pursue “reality” while crossing the boundaries between documentary and fiction.
She has received international recognition and many awards, including the Grand Prix at the Cannes Festival.

Her representative works include Suzaku, Mogari – The Mourning Forest, Still the Water, An (Sweet Bean) and Hikari (Radiance).

While extending her creative influence beyond Japan, she founded the Nara International Film Festival in her hometown and devotes herself to training younger directors.

“Naomi Kawase – Retrospective and Exhibition”, a presentation of her life’s work, will be staged at the Pompidou Centre in Paris from November 23.

In addition to being a filmmaker, Kawase engages in various creative activities, including the directing of commercial films and writing essays.

She has a son, and grows rice and vegetables in her free time.