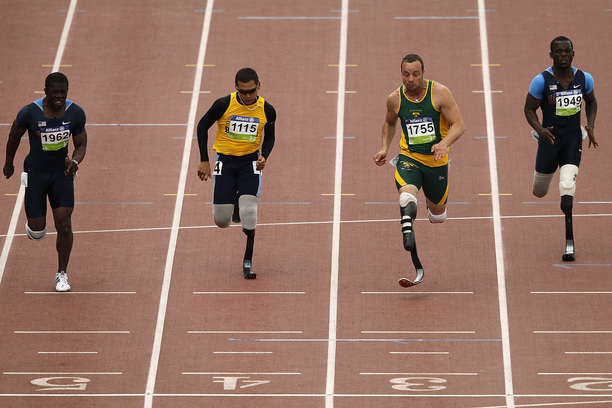 Bonn, Germany April 20, 2012: The organizers of the 2013 International Paralympic Committee (IPC) Athletics World Championships in Lyon, France have promised competing athletes that they can expect optimal sporting conditions when they arrive in the city in July next year.

France’s second city will stage the Championship between 19-28 July 2013 and after two days of meetings with IPC representatives in the city, Laurent Allard, Vice President of the Local Organizing Committee, said he is confident Lyon will stage one of the best World Championships ever for para-athletes.

“We are determined to make these the most welcoming World Championships ever for athletes and staff,” said Allard.

“We want to create the best sporting conditions so that athletes can perform to the best of their ability and show the public the value of Paralympic sport.

“This will be the first international sporting event to be held at the Stadium of Parilly and we hope to change perceptions in French society of what can be achieved by a person with an impairment.”

During the two days of meetings the IPC was given a tour of the Stadium of Parilly, the venue for the Championships which is located in 178 hectares of parkland to the south east of the city in the Rhones-Alpes region.

Ahead of the Championships, organizers plan to build temporary stands at the venue to increase capacity for spectators and are looking at hosting the marathon on a 7km loop road within the surroundings of Parc Parilly.

The IPC delegation was also given a tour of the city, which is a World Heritage site, and shown a number of hotels where it is proposed teams will be accommodated during the Championships.

Ryan Montgomery, IPC Athletics Manager, said: “We are now 15 months away from the start of the Championships and I was impressed with the level of planning and detail that the Local Organizing Committee has put in so far.

“The venue is great and located in a beautiful park whilst the city is totally stunning. Our athletes cannot fail to be impressed.

“Between now and July next year, the key for the Organizing Committee is to make the planning become a reality. If they do that then the athletes coming here can expect an excellent World Championships.”

The IPC and Championship organizers also discussed the look and feel of the event, transport, marketing and communications.

Around 1,300 athletes from 90 countries are expected to take part in the 2013 IPC Athletics World Championships which will be the first major gathering of track and field athletes after London 2012.

Christchurch, New Zealand staged the last World Championships in 2011, an event that attracted over 1,000 athletes from 80 countries. China topped the medals table winning 58 medals including 21 golds.