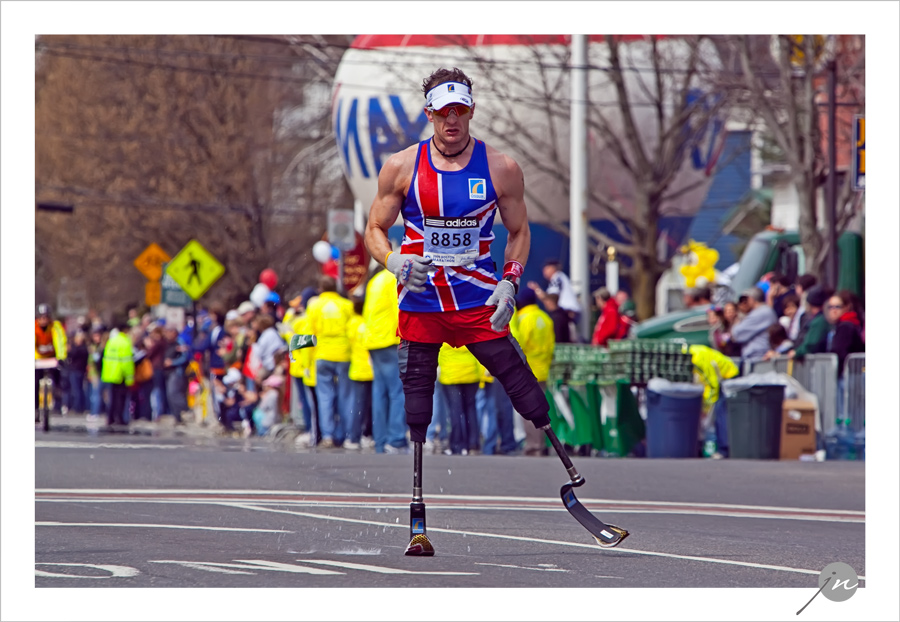 Germany, July 11, 2012: After breaking the 200m T42 sprint world record, Great Britain’s Richard Whitehead has been voted the International Paralympic Committee’s (IPC) Athlete of the Month for June. Whitehead clocked a new top time of 24.93 to win gold in the event at June’s IPC Athletics European Championships in Stadskanaal, the Netherlands, where he also claimed bronze in the 100m T42 race.

Nearly 2,500 members of the public participated in June’s Athlete of the Month poll on www.paralympic.org, a new record, as Whitehead garnered 43 per cent of the vote.

“The winter’s been tough for me. It’s actually come to fruition now for me on the track,” Whitehead said after the performance in Stadskanaal.

“Obviously I’ve done quite well, but this is not the top gear. I’ve got gears to go through.”

It was actually the second time this year the double above-the-knee amputee broke the record across the 200m distance. He broke it previously at the London 2012 test event in May at the Olympic Stadium with a time of 25.50.

“This event was looking at where I am on the cycle,” Whitehead said of the European Championships. “The London test event was the start, this is the middle and 1 September, when my final takes place, will be the end.”

Whitehead rated his performance in Stadskanaal an eight out of 10, believing he has much more in store for 2012 and is eager to show the world what he can do when London hosts the Paralympic Games.

“I just want to keep pushing the boundaries and show to everybody that I’m not just there to represent Great Britain, but also to push the boundaries of sport and disability sport,” he said.

Germany’s Birgit Kober came a close second in the IPC’s monthly poll with 38 per cent of the vote after winning gold in both the javelin F52/53/33/34 and shot put F34 at the IPC Athletics European Championships, setting a shot put world record in the process with a throw of 10.06m.