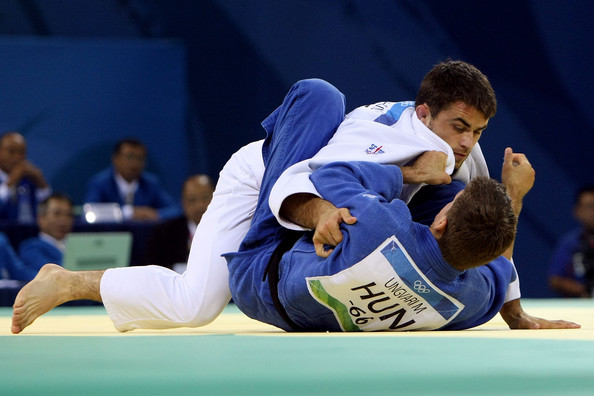 Peshawar – Pakistan, Dec 02: Pakistan Judo Federation’s Judoka Karamat Butt participated strongly in the Judo Grand Slam-2012 held on Nov 30th to Dec 2nd, 2012 at Tokyo, Japan. He competed against Penalber of Brazil for – 81 Kg weight category, but after a great struggle in the end lost the fight.

Later, the management decided to retain him at Japan for Judo training along with the International Judo Coach Sajjad Kazemi in order to motivate him and acknowledged with further new and advanced Judo techniques and later to facilitate with these, the Pakistani Judokas at Pakistan, because as the opportunities to win are not seized nor finished.

Further, it is also decided that Shah Hussain shah, the son of Olympian boxer Hussain Shah from Japan will make an attempt to confirm Pakistan’s presence at the 2012- Korea World Cup Judo event by trying his luck for –100 Kg weight Category title along with Mr. Masood Ahmed, Secretary General (PJF) as team manager in it, which is going to be held on December 6-7, 2012 at Jeju, KOREA.

It is pertinent to mention here that Shah Hussain Shah had recently got the 5th Position in the International Grand prix, Qingdao, CHINA which was held on November 25th, 2012 by defeating Mr. Lim Seung Rok, South Korea Player.

Pakistan Judo Federation is trying to avail every opportunity here and Shah Hussain Shah is our best hope since he is already in Japan and motivated.