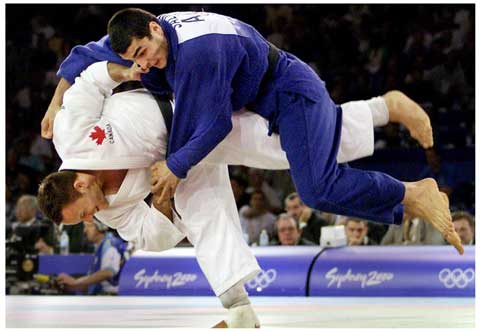 The SJA had filed arbitration before the POA against the office bearers of the PJF on account of financial embezzlements, misuse of official powers and unconstitutional acts. The arbitration committee held two meetings on May 26 and June 29, 2012, in Lahore.

After hearing both parties and on the basis of the available record, the committee came to the conclusion of it being a prima facie case. Immediately, on filing the arbitration by the SJA, the PJF president suspended the SJA and appointed an ad hoc committee for Sindh, which he was not competent to do. The arbitration committee in its meeting on May 26 ordered the position of all the parties in the arbitration shall be as it was on April 2, 2012, when the arbitration was filed.

In its meeting held on June 29 in Lahore, the arbitration committee, among others decided that the general council meeting during which the elections were held was illegal because it was against the instructions of the POA. (Also it was not attended by any representative of the POA to oversee the proceedings. Then it lacked participation of some governmental units as well as Sindh and Punjab judo associations).

It was also decided that since the meeting in which elections were held was illegal, the office bearers are not properly and constitutionally elected office-bearers.

Furthermore, as the PJF office bearers were not properly and constitutionally elected, they are suspended till the final outcome of the arbitration committee.

All actions taken by the PJF after May 5, 2012, the date of the constitution of the arbitration committee, are declared null and void; this also includes the appointment of ad hoc committee for Sindh, the POA committee decided.

The affairs of judo are being looked after and supervised, as usual, by the SJA, the duly elected representative judo body in Sindh. —- Daily Dawn Karachi.

ILLEGAL AND UNLAWFUL DECISION OF POA

It is worthwhile to mention here that POA has asked the PJF top officials in a letter to ensure their presence before the arbitration committee on August 29, 2012 9.

POA has taken an illegal action which violates even its own constitution because any provincial disputes should be resolved by the presidents of the respective Federations instead they move to Supreme Sports Body.

The Arbitration claimers are already went into legal court so then the existence of the arbitration committee become null and wide.

In the Case of Badminton, the Lahore High Court ruled recently that the POA did not have the right to form Arbitration Bodies, so if we make our presence, it will be considered as Contempt of Court.

And above all we didn’t receive yet any letter of Suspension from the higher authorities, but we came to know through media so we are replying in the same manner. —- PJF