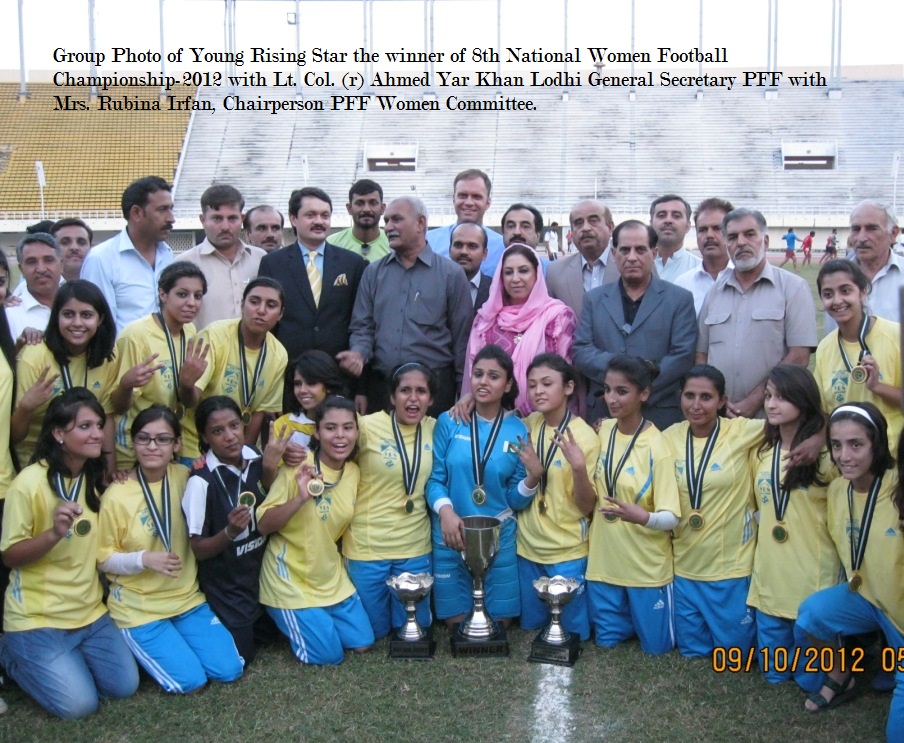 According to Pakistan Football Federation (PFF), the final was really a treat to watch between the two top teams of the event, the match started in a very positive manner and both team players started to attack at each other’s goal, to the surprise of many, WAPDA girls were playing excellent soccer, despite facing the holders, WAPDA girls show no signs of big match pressure and put the Young Rising defense at bay, specially Mahwish of WAPDA was in sublime form.

She was the architect of all the WAPDA attacks, Young Rising players were clearly feeling the big match pressure and before they could hardly settle down. WAPDA players keep on pilling the pressure on Young Rising but through the passage of time Young Rising players came out of the shock and begin to play with some confidence, they tried to make effort to score themselves but despite coming to close to scoring wasted clear cut goal scoring opportunities.

The first half ended 0-0 in draw, right from the start of the second half the champions begin to show their class and let the opponents know why were they defending champions with some fine passing football and their star player Sana Mahmood found her feat moving freely.

WAPDA girls were put under a lot of pressure by Young Rising girls and they were finding it difficult to move the ball away from their half. Young Rising Club could have won the final by at least 4 or five goals had they not wasted numerous goal scoring opportunities, their casual approach could have cost them the title and the match ended 1-1 till the full time.

Both teams failed to score in the ten minutes each half extra time. The match went in to penalty shoot-out, WAPDA girls started to take the penalties and in the result Young Rising Club won the final by 2:0 and a large crowd who were gathered to witness the final.