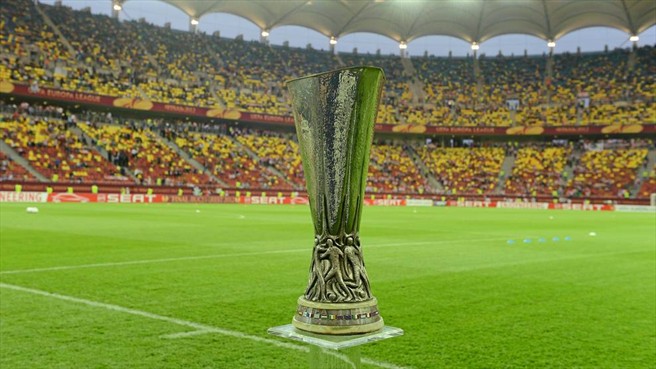 Solidarity payments to national associations for the clubs involved in the qualifying rounds of the 2011/12 UEFA club competitions:

The revenue generated by the centralized marketing of the UEFA Europa League was redistributed among the 48 clubs taking part from the group stage onwards, as well as the eight clubs that joined in the round of 32 after finishing third in their UEFA Champions League groups.

Club Atlético de Madrid, winners of the competition, earned themselves just over €10.5m after coming through the group and knockout stages to clinch the trophy with a fine 3-0 win over fellow Spanish outfit Athletic Club in Bucharest in May. Athletic Club received around €9.5m for their own splendid run.

Each of the 48 clubs in the group stage earned a participation bonus of €640,000, plus a bonus of €60,000 per group game played, which meant that every club received €1m, irrespective of their results. Performance bonuses amounted to €140,000 per win and €70,000 per draw for each club in the group stage. RSC Anderlecht were the only club to receive the full amount of €840,000 for a 100% record in their group programme.

Atlético earned €3m for winning the final in Bucharest, and Athletic Club €2m. In addition, €60m in prize money came from the television market pool and was shared out according to a variety of factors, including the proportional value of an individual club’s national TV market. Atlético received nearly €4.3m from the market pool and around €5.2m from participation, performance and match bonuses.

The remaining €30 million was divided into six pots, one for each round in the competition. These pots, increasing in size from the final (€1.2 million) to the group stage (€12 million), were then divided, depending on the value of the domestic markets, between the national associations represented in each round. For associations with more than one representative, the share of each pot was divided equally between the clubs concerned.