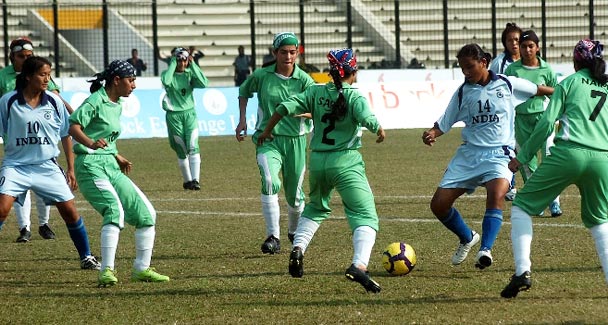 Lahore – Pakistan, Sept 26, 2012: In a special meeting called by Makhdoom Syed Faisal Saleh Hayat, President, Pakistan Football Federation (PFF) at Football House shows his magnanimity and love for the football players. He benevolently approved the package of Prize Money and Match Bonus System of 8th National Women Football Championship-2012, for winning teams and players which will be held from 28th September to 10th October, 2012.

This gesture will encourage the players to put in their best efforts in the game and bring credit to the nation. The announcement by the president PFF has been welcomed whole heartedly by the participating teams and football lovers all over the country. They feel that increased Prize Money and incentives will be beneficial for the promotion of the game of football lovers of Pakistan.