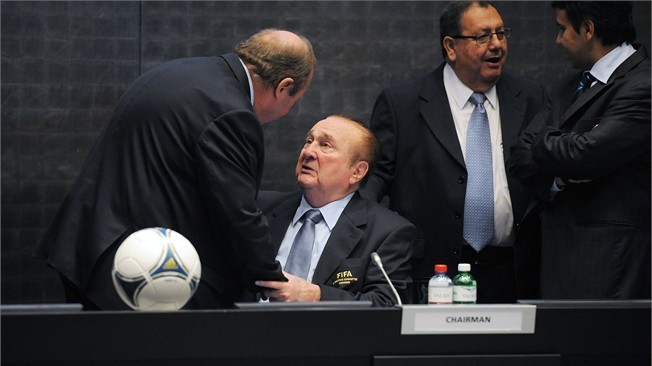 To underline the significance of the FIFA World Cup™ for world football’s governing body, the complete FIFA Executive Committee is now, for the first time, part of this decision-making forum which is responsible for monitoring and organising each edition of FIFA’s flagship event.

“After the re-confirmation received from President Dilma Rousseff and the Brazilian government on the fulfilment of all guarantees, we are confident that despite the many tasks still to be completed by all of us, Brazil will stage an exceptional FIFA World Cup in 2014,” said the FIFA President.

To ensure that the committee benefits from previous experiences and future preparations, 2010 FIFA World Cup CEO Danny Jordaan and 2018 FIFA World Cup CEO Alexey Sorokin are also part of the line-up as special advisers. Excused from the meeting due to other commitments were the deputy chairmen Michel Platini and Issa Hayatou, as well as members Marios Lefkaritis, Theo Zwanziger, Frank Lowy and Luis Hernández.

“We received today, for the first time, a very in-depth update on the status of preparations in all aspects, including the important sustainability strategy plan. This is vital as we have a responsibility that goes beyond the provision of the facilities for the event. We must ensure that we maximise the positive effects for the benefit of all Brazilians and also minimise the negative impact, especially on the environment,” said committee chairman Nicolás Leoz. This will be also reflected in the official slogan, which is due to be launched in the next two months, with the precise date planned to be announced following the next Local Organising Committee board meeting, scheduled to be held in Rio de Janeiro on 9 May.

Ricardo Trade, Chief Operations Officer of the 2014 FIFA World Cup, provided a comprehensive report on the organisational preparations, in particular on the key facilities ranging from the selection of team base camps, to pitch management, stadium upgrades and construction work.

Furthermore, the members of the committee reiterated the need for appropriate infrastructure to ensure a pleasant experience for the thousands of fans travelling to Brazil and the millions attending the matches across Brazil, starting with the airport operations and also including accommodation and local transport. The huge interest in the event has also been underlined by the positive results that have been achieved in the sale of hospitality packages to date.

Other key topics discussed were matters directly related to matches, such as preparations for medical matters and refereeing. FIFA Head of Refereeing Massimo Busacca presented the road to Brazil for the referees. From now on, an open list of potential candidates will be introduced, and just as is the case for players, there will be a constant and tight monitoring of their performances until the final selection of referees in the first quarter of 2014.

The next meeting of the Organising Committee will take place on 26 September 2012. Image © Foto-net