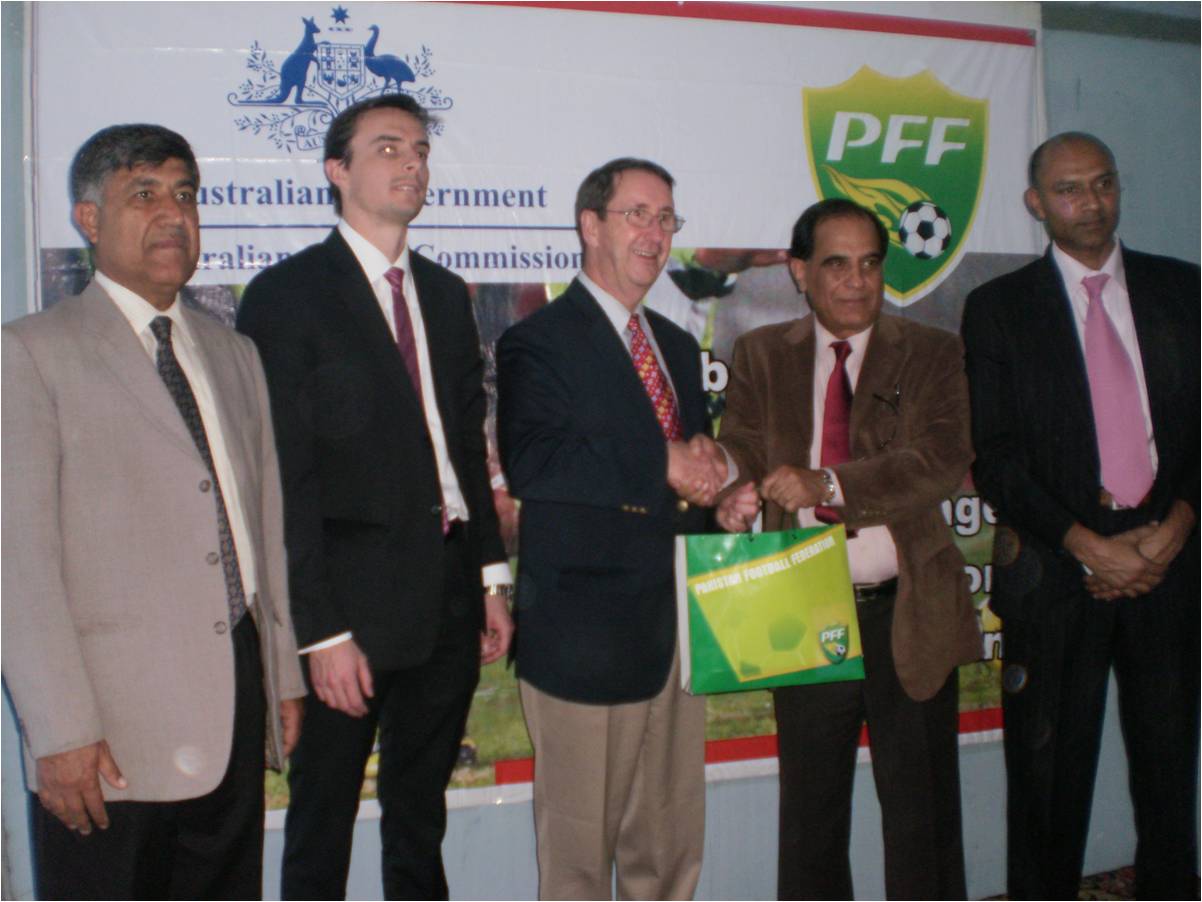 According to the press release issued here by PFF, this announcement was made by Deputy High Commissioner Paul Molley at a joint press conference with Lt. Col. ® Ahmed Yar Khan Lodhi, TI (M) , General Secretary PFF, at Jinnah Stadium, Islamabad today. It is second year in a row that Australia has provided a sport grant to the PFF.

Mr. Paul Molley during the press briefing said that the funding will go towards the PFF‘s skill development projects in schools in both Karachi and Islamabad, as well as upgrade football fields in both areas. The projects being funded will have a strong focus on promoting youth participation in football. I am particularly pleased that one of the PFF’s projects will focus entirely on bringing youth girls in football.

The purpose of ASOP program is to complement larger community development schemes, especially for youth and women worldwide through sport and physical activity. The ASOP is funded by AusAID and managed by Australian Sports Commission (ASC).