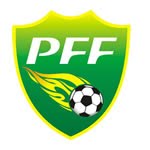 Lahore-Pakistan, April 26, 2012: National U-22 Football Champion-2012 has been kicked off today at During Football Stadium, Bahawalpur taking place from 26th April to 6th May, 2012 in which 12 teams are taking part.

According to the press release issued here by Pakistan Football Federation, April 26th matches will see Baluchistan taking on PMC Ath FC at the Dring Football Ground, Bahawalpur while KPK face Muslim FC at the same venue. The following teams are participating in the National U-22 Football Champion-2012.

It is pertinent to mention here that the main focus of this championship is to select/prepare the National U-22 team for AFC U-22 Qualifier Round which will be held in May-June 2012.