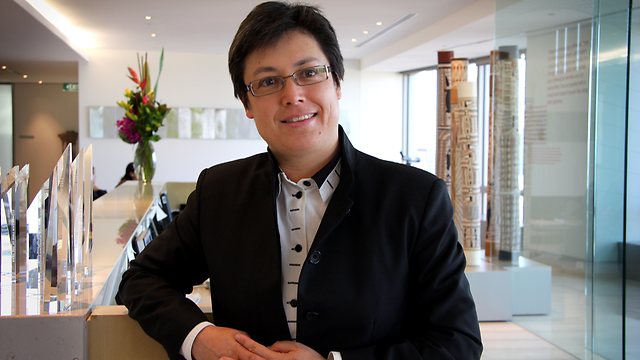 Moya Dodd, Asian Football Confederation (AFC) Vice President and Director at the Football Federation Australia, was recently nominated by the AFC as a candidate to the FIFA Executive Committee (ExCo) position of women’s football representative. The election for the FIFA ExCo women’s position will be held during the FIFA Congress in Mauritius in May this year.

Ms Dodd will speak on the Securing Your Media Plan panel on Day One of Securing Sport 2013. This session will discuss the critical importance of media planning and how to engage effectively with the media and utilise social media.

Along with Ms Dodd, the ICSS have also announced that Richard Caborn, Former Minister for Sport, HM Government of the United Kingdom, has also been confirmed to join this year’s line-up of speakers. Mr Caborn served as the longest continuous UK Minister for Sport between 2001 and 2007, and was a leading member of the successful bid team for the London 2012 Olympic and Paralympic Games.

Richard Caborn will speak at the conference session, Elite Sport at a Cost: Is Sport Protecting its Elite at the Expense of its Integrity?, which will examine whether sport is doing enough in the modern age to protect its integrity and how training and education of athletes and administrators alike can help secure the integrity of sport.

Also Guin Batten, a former Olympic Silver Medalist in Rowing and Chief Operating Officer for the TOP Foundation at the Youth Sport Trust and Roberto Rosetti, Head of Refereeing Department, Russian Premier League have been confirmed to speak in the Integrity of the Young panel.

A new feature of Securing Sport 2013 is the inclusion of an international Youth Engagement Initiative which involves a workshop program involving students from around the world.

A select group of 25 international and local students have been invited as special guests to Securing Sport 2013 to discuss fundamental principles of sport integrity. They will be asked to explore a number of issues including sport ethics, the role of celebrity athletes and role models, the influence of social media in spectator behaviour and the effect of video gaming on their enthusiasm. Students will then be asked to nominate a spokesperson to appear on a panel at the end of the conference to present their findings.

Marion Flaig, a student from Karlshochschule International University in Karlsruhe, Germany who will attend the conference, said; “The integration of the youth program at Securing Sport 2013 is an important way for transferring knowledge between generations looking to embark in the career in the business of security and sport.

“Sustainable education, effective communication skills and continual self-development are values that are crucial to success in the security and sports industry. I am sure that Youth Engagement Initiative at Securing Sport 2013 will help develop these skills and pass on the positive work that the ICSS is doing in promoting integrity in sport.”

Mohammed Hanzab, President of the ICSS, said: “The ICSS is pleased to be bringing together Moya Dodd, Richard Caborn and Guin Batten at Securing Sport 2013. Their unrivalled expertise and experience from the world of sports administration is critical to understanding and advancing security and integrity in sport.

“I’m also looking forward to welcoming our 25 student participants in the Youth Programme. The ICSS is dedicated to engaging with and listening to the next generation of sports administrators and international athletes as we actively support organisations across the world in sharing information and exploring best practice in the field of sport, safety, security and integrity.”