By Tom Lloyd, Istanbul, Turkey, April 27, 2018: As part of its ambition to host UEFA EURO 2024, the Turkish Football Federation [TFF] has today launched its detailed Bid Brochure, following the submission of its Bid Dossier to UEFA yesterday.

The Brochure outlines Turkey’s vision and hosting plans for the 24 team tournament in 10 ultra modern stadiums located in nine cities across Turkey. 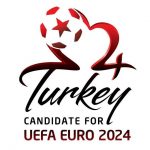 As the only UEFA member bridging two continents [Europe and Asia], Turkey’s location is uniquely placed to offer UEFA a ‘new frontier‘ to help bring the UEFA European Championships to even more people.

The full Brochure, which includes complete highlights of the Turkey 2024 Bid Dossier, can be downloaded HERE.

Following significant investment in football facilities over the last decade, eight of Turkey’s proposed stadiums are no more than seven years old, with a further two already planned and underway.

In addition, due to Turkey’s location and recent significant investments in transport infrastructure, Turkey can boast direct flight connections to 120 countries, while over 1 billion people from 53 nations are located less than four hours away.

Servet Yardımcı, Vice-President of the TFF and UEFA Executive Committee Member, said:
“This is Turkey’s 4th bid in a row for the UEFA European Championships and everything we promised in previous bids, such as new stadiums and improved infrastructure, has been delivered.

This is our strongest bid by far and we are excited by our vision to host the most successful UEFA EUROs in history, and of course the first ever in Turkey.

“Turkey has invested significant resources in the last decade to build eight ultra modern stadiums, and a further two stadiums are already planned and underway.

So we can guarantee UEFA some of the most modern, cutting edge venues ever to host the UEFA EUROs.

And what’s more, all our stadia are state owned, giving UEFA even greater commercial and operational certainty.

“We are the only UEFA member bridging two continents so Turkey really is a new frontier for UEFA.

We believe this provides exciting opportunities to bring the UEFA European Championships to even more people, create new fans and drive commercial growth way beyond Europe.

We want to be the platform to support UEFA in developing its impact and reach with the widest possible audience and help to take it to new heights. This is Turkey’s ‘new frontier’ vision for UEFA EURO 2024.”

As part of its hosting plans, Turkey will also establish fans zones in 72 different cities across the country to bring the tournament alive like never before.

Iconic sites such as the Blue Mosque, Hagia Sophia and Mediterranean and Black seas will provide broadcasters with unforgettable images to beam across the world.

The UEFA EUROS in Turkey will also have sustainability woven through every element of the tournament.

For example, 10 million sapling tress will be planted in the name of every ticket holder, kinetic energy will be generated by installing special tiles around stadia to power lighting, designated walking and cycle lanes will link to every stadium, while free public transport will be available to all ticket holders.