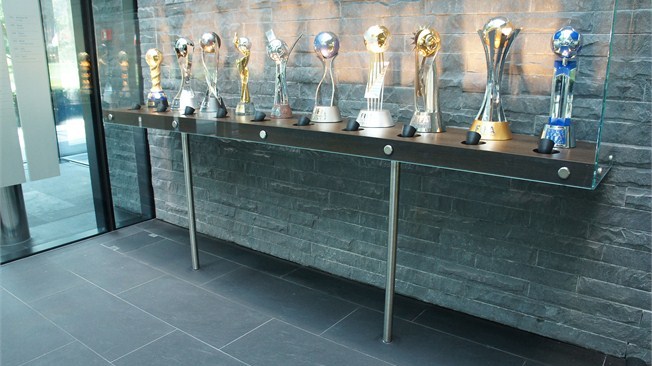 The bidding timeline for these competitions requires the member associations who wish to host these events to submit a declaration of interest by 15 May 2013. The deadline to provide the hosting agreement with the complete Bid Book is 15 November 2013, with the final decision on the hosts currently scheduled to take place at the FIFA Executive Committee meeting in December 2013.

The development of football for girls and women has long been one of FIFA’s top priorities. This is the “youngest” of FIFA’s competitions. A major milestone was reached in 2008 when the inaugural FIFA U-17 Women’s World Cup was held in New Zealand, marking the first time ever that men and women had the same youth tournament structure in football. The creation of this event (with 16 teams) has encouraged member associations to further develop women’s football at youth level and to set up teams in even younger age groups. In addition, this tournament has enjoyed support from different sectors of society in its host countries. For example, the last edition of the tournament in Azerbaijan in 2012 was also a commercial success as four national companies, representing the main industries in the country, came on board as National Supporters of the tournament.

The popularity of women’s football has grown in leaps and bounds in recent years, as evidenced by the growing numbers participating in the game worldwide as well as the steadily rising spectator levels for women’s competitions, with the FIFA U-20 Women’s World Cup Germany 2010 holding the attendance record of 395,295 spectators and achieving an average global in-home audience per live match of 2.8 million. This is the second most important women’s FIFA tournament and serves as a final stage of preparation for young players prior to the FIFA Women’s World Cup™.

The strengthening of youth football is another of FIFA’s top priorities with the aim of enabling young players to work towards the FIFA World Cup™ at senior level. Today, this biennial teenage tournament featuring 24 teams is an established event on the global football calendar and continues to serve as the launch pad for many illustrious football careers. It is the third oldest of FIFA’s competitions.

Like its younger brother, this youth tournament features 24 teams, making it the joint second largest FIFA event. Diego Maradona, Dunga, Marco van Basten and Lionel Messi all earned their international spurs at this competition, which has blossomed in size and impact since its inception in 1977. This significance is reflected in its growing appeal to spectators, with the 2011 edition enjoying a worldwide cumulative TV audience of over 500 million.

This World Cup is held every two years, and 2017 will be the ninth edition. Sixteen teams will participate in the final competition and one stadium will be required. The duration of the competition is approximately 10 to 12 days. The location of the venue should echo the sun, sea and sand of Copacabana beach, the birthplace of beach soccer. —- FIFA