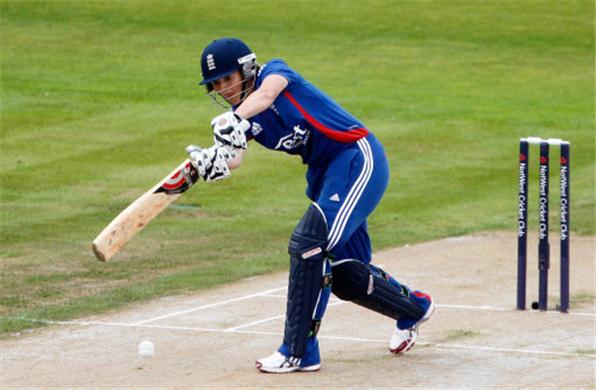 Mumbai – India, Jan 28, 2013: Defending champion England will start as favourites to qualify for the Super Six stage of this week’s ICC Women’s World Cup 2013 from Group A which also includes host India and qualifiers West Indies and Sri Lanka.

The second and third place will be a hard fought contest, with the West Indies a vastly improved side from four years ago and host India and qualifier Sri Lanka all vying for Super Six placing and the sub-continent sides perhaps more confident due the event being hosted in Mumbai.

England, winner of the tournament in 1973, 1993 and most recently in 2009, will begin it latest campaign against Sri Lanka on the second day of the tournament in Mumbai. A day later in the feature match of the group, Charlotte Edwards, featuring in her fifth successive ICC Women’s World Cup, will lead England against 2009 third-place finishers India before concluding the group stage matches against West Indies on 6 February.

England’s matches against Sri Lanka and India will be played at the CCI and will be covered in High Definition by the ICC’s official broadcast partner Star Sports.

On the opening day of the tournament, host India will take on the rising stars of the women’s game, West Indies, in another broadcast match at the Cricket Club of India. Sri Lanka will meet the West Indies side on 4 February at MIG, while on 6 February Shashikala Siriwardena’s side will face the host at CCI with the match also being broadcast live.

If recent form is anything to go by with Group A, then it will probably be Sri Lanka that will be the team that does not progress through to the Super Six stage, which starts on 8 February.

Sri Lanka won the right to compete in the tournament when it finished in the top four of the ICC Women’s World Cup Qualifier (ICC WWCQ) in Dhaka, Bangladesh in November 2011. The side beat South Africa in the third/fourth play-off to occupy the fourth spot in Group A while West Indies qualified for third spot in the group after completing the tournament undefeated.

At the ICC Women’s World Twenty20 in Sri Lanka, West Indies, finished in the top four of the tournament after a tight semi-final against Australia in the event last October. Meanwhile, Sri Lanka managed just one win throughout the whole event, ironically against the West Indies, in Galle.

The England squad for the ICC Women’s World Cup features familiar faces for followers of the game, including captain Edwards, while there are eight players from the original winning squad of 2009 including the in-form ICC Women’s Twenty20 Player of the Year 2012, Sarah Taylor, who will once again lead the sides batting line-up.

Edwards requires a mere 61 more ODI runs to usurp Belinda Clark of Australia to become the most successful run-scorer in women’s cricket, Clark’s record of 4,844 ODI runs has stood since 2005.

The bowling attack features the number one ODI bowler in the Reliance ICC Women’s ODI Player Rankings, Katherine Brunt, who currently has 76 ODI scalps to her name, along with the talented slow left-armer Holly Colvin, who happened to also hit the winning runs for England back in 2009 when it defeated Australia in the final of the event.

India’s women are to be led by Mithali Raj, the number one batter in the Reliance ICC Women’s ODI Player Rankings while former captain Jhulan Goswami, also features again in the side. Faces to watch out for include the diminutive batter Punam Raut and her compatriot wicketkeeper-batter Sulakshana Naik plus bowlers Gouher Sultana and Nagarajan Niranjana.

West Indies’ side features a mixture of youth and experience, including the only twins in the event, Kycia and Kyshona Knight of Barbados. The side is led by Trinidadian Merissa Aguilleira while ICC Women’s ODI Player of the Year 2012, Stafanie Taylor, is her deputy.

In-form spinner Anisa Mohammed will be one to watch, the 24-year-old claimed 7-14 in the final of the ICC Women’s World Cup Qualifier 2011 against Pakistan and will hoping the sub-continent conditions will suit her style of play.

Finally, Sri Lanka’s side will be hoping for a positive tournament under the leadership of Siriwardena. The side is once again coached by Harsha de Silva, while players to watch out for include the likes of wicketkeeper-batter Dilani Manodara and top-order batter Yasoda Mendis.

When it comes to the bowling attack, Siriwardena will be key for the side in the sub-continent conditions with her off-spin as will medium-pacer Sripali Weerakoddy who has represented the side in 37 ODIs.

Group A fixtures (all venues in Mumbai):