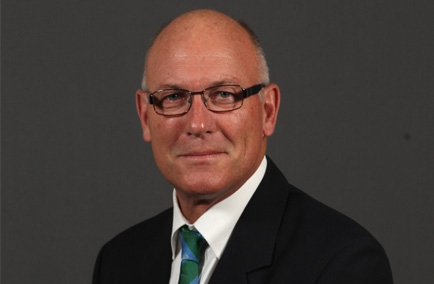 Dubai – April 06, 2012: Jeff Crowe will become the fifth member of the Emirates Elite Panel of ICC Match Referees to complete a half-century of Tests. Mr Crowe will achieve the milestone on Saturday when he takes the field for the coin toss in Bridgetown for the first Test between the West Indies and Australia.

Mr Crowe made his full Test debut as a Match Referee in October 2004 – seven months after being included in the elite panel – in a Test between Pakistan and Sri Lanka in Faisalabad. And after eight years and at the age of 53, he stands as the fifth most experienced match referee overall after Ranjan Madugalle (134), Clive Lloyd (53), Chris Broad (51) and John Reid (50).

Reflecting on his achievement, Mr Crowe said: “I am very fortunate to be in an exclusive club of people who have done 50 or more Tests as a match referee.”

“In reaching this milestone the support and cooperation has been significant from my family, the respected colleagues in the international and elite panel of match officials and the fine people at the ICC. It remains a thrill to be able to continue working alongside all in the modern game.”

“Jeff is a very experienced, professional and well-respected ICC match referee, and we are delighted to celebrate with him, his officiating of his 50th Test match,” said ICC umpire and referee manager, Vince van der Bijl.

“He played, captained and managed the New Zealand cricket team, and that cricketing knowledge and love of the game underpins his refereeing and his desire to see cricket played in Great Spirit. “His calm and unruffled manner belies his committed and meticulous preparation and approach to officiating. We thank him for his dedication to cricket”