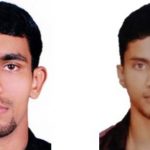 Commonwealth Games Federation (CGF) president Louise MARTIN (SCO) said both athletes were removed from the Games village and are not permitted to participate in the Games after having their accreditation suspended at 09:00 on Friday 13 April.

“We have asked the Commonwealth Games Association of India to ensure both athletes depart Australia on the first flight available,” said MARTIN, who read out a CGF statement to the GOLDOC daily briefing.

She said a CGF Federation Court found five Indian team member were in breach of the CGF no-needle policy.

The CGF Federation Court hearing on 12 April heard a needle was found in the Games village in a cup on the bedside table in bedroom two of apartment seven occupied by triple jumper BABU and race walker KOLOTHUM THODI and also in a bag in the same bedroom.

The CGF has issued a strong reprimand to all five Indian team members and said any further infractions by the Indian team of the no-needle policy could result in more accreditations being withdrawn.