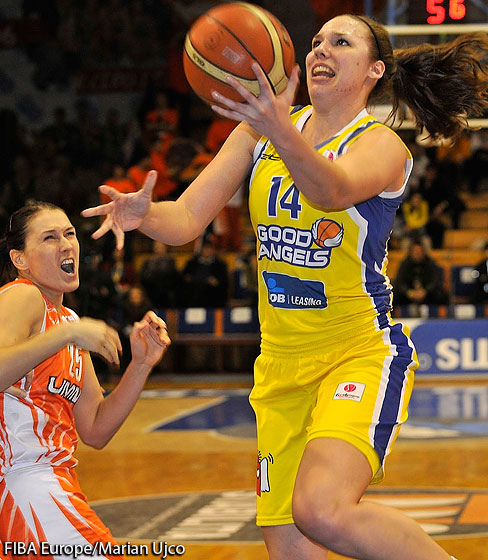 Munich-Germany, March 26, 2012: FIBA Europe announced on Monday that Szolnoki Olaj KK will host the EuroChallenge 2012 Final Four in Debrecen, Hungary. The tournament will take place from 27 to 29 April in the state-of-the-art Fönix Hall, the second largest multi-purpose indoor arena in Hungary, with a seating capacity of 8,500.

Fönix Hall opened its doors in 2002 to host the World Artistic Gymnastics Championships of that year. Debrecen is the second largest city in Hungary after capital Budapest and regularly plays host to big sporting events. Only a few weeks after the EuroChallenge Final Four, the city will provide the stage for the 2012 European Swimming Championship.

“It is only the second time that Hungary will host the Finals of a men’s European club competition, after Budapest in 1986,” commented FIBA Europe President Olafur Rafnsson.

“I am confident that the EuroChallenge Final Four will be a testament to the constant progress of Hungarian basketball and an event all our guests will enjoy enormously,” Mr. Rafnsson added.

“We have never seen so much interest from the participating clubs to organise the EuroChallenge Final Four as we did this year,” said FIBA Europe Secretary General Nar Zanolin.

“The commitment and enthusiasm the Hungarian organisers displayed though, combined with the very good infrastructure in place in Debrecen, made this an ideal choice,” Mr Zanolin concluded.

Hosts Szolnoki Olaj KK are considered the surprise package of this season’s EuroChallenge. The Hungarian champions secured a place in the Quarter-Finals thanks to a dramatic win over Telekom Baskets Bonn on the last day of the Last 16 and then, in a thrilling play-off series, eliminated BK Ventspils who had the home court advantage.

Now Szolnoki seek to reward their loyal fans by becoming the first ever Hungarian club in men’s basketball to win a European title. They will go up against Turkish powerhouse Besiktas Milangaz in the semi-finals, with Elan Chalon of France and Triumph Lyubertsy of Russia battling it out for the second ticket to the big Final and a shot at the coveted EuroChallenge title.