Lausanne, Nov 01, 2018: The 2018 edition of the AIBA Women’s World Boxing Championships will take place between November 15-24 in Delhi, India, and the tournament will be ready to witness previous champions and Olympians stepping on the ring for some unmissable action. 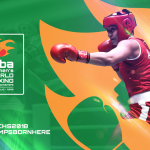 With less than a month to go until the start of the competition, the top women boxers are embarking on their final preparations for the tenth edition of the championships.

Italy’s Alessia Mesiano will be defending the featherweight title she won two years ago, while Astana 2016 silver medalists Kaye Scott from Australia, Thai Peamwilai Laopeam, Russia’s Anastasiia Beliakova are boxers to keep an eye on, to only mention a few.

Indian superstar and five-time world champion MC Mary Kom will also be part of the World Boxing Championships for the delight of the local fans, who will be able to witness one of their biggest champions in action, alongside a strong Indian squad.

The impressive venue which has been selected to host the battles for the medals is the Indira Gandhi stadium, the largest sports arena in India and host of the 2010 Commonwealth Games.