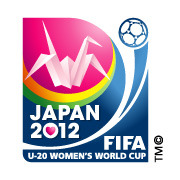 Zurich – Switzerland, July 16, 2012: FIFA and the Japanese Football Association would like to remind media representatives wishing to cover the FIFA U-20 Women’s World Cup Japan 2012 that the media accreditation process via the FIFA Media Channel will close at 23:59 CET on 20 July 2012.

It is important to note that approval to access the FIFA Media Channel does not mean you have been granted accreditation. Media accreditation for any FIFA competition requires the completion of an accreditation form that can be accessed from the media channel.

The Local Organising Committee (LOC) has designated one media hotel in each host city. Media requiring accommodation should visit the FIFA U-20 Women’s World Cup Japan 2012 section of the media channel for more information. —– FIFA