Monaco, Aug 8, 2015: The IAAF has carefully considered the statement issued on 5 August 2015 by scientists Michael Ashenden and Robin Parisotto and believes it contains a number of seriously incorrect assertions which the IAAF has a duty to correct. Of most concern to us is that the two scientists continue
Read More

Monaco, Aug 7, 2015: The IAAF warmly welcomes today’s clear and unequivocal statement by the World Anti-Doping Agency concerning the recent accusations against the veracity of the IAAF’s anti-doping programme. The IAAF, like WADA, is committed to protecting the interests of clean athletes but believes strongly that all anti-doping initiatives need to
Read More

Monaco, July 27, 2015: The IAAF has received the CAS’s interim award in the Dutee Chand case, where the validity of the IAAF’s Hyperandrogenism Regulations has been challenged. Those Regulations were adopted following a lengthy and comprehensive consultation exercise by the IAAF’s Expert Working Group in conjunction with the IOC, involving world-leading
Read More 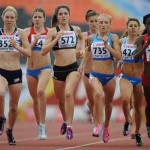 July 1, 2015: The IAAF World Youth Championships, Cali 2015 will get underway in exactly two weeks’ time and final entry figures confirm that it will be the biggest international athletics event to be held in South America. The Colombian city is set to welcome 1237 athletes from 153 countries between 15
Read More
Monaco, Feb, 3, 2015: With 200 days to go until the Chinese capital hosts the IAAF World Championships, Beijing 2015, seven leading athletes have been made ambassadors of the championships, which will run from 22-30 August. Three of the seven ambassadors appeared at a press conference on Tuesday (3). Liu Xiang, the
Read More

Monaco, Feb 2, 2015: The disciplinary cases concerning the anti-doping rule violations of Tatiana Chernova and Yulia Zaripova, notified by RUSADA at the end of last week, are the latest illustration of the robustness of the IAAF anti-doping programme. The case of Yulia Zaripova was based upon irregularities in her Athlete Biological
Read More
Monaco, Jan 30, 2015: The 2015 IAAF Indoor Permit meetings get underway this weekend with two of the most famous and historic events on the indoor calendar: the Indoor Meeting Karlsruhe on Saturday (31) and then the Russian Winter meeting in Moscow on Sunday (1). Across a three-week period, the series moves
Read More

Monaco, Jan 21, 2015: In light of media inquiries into sanctions announced yesterday in the Russian media, the IAAF would like to clarify a number of points. All athletes were caught under the IAAF Athlete Biological Passport programme (ABP) although, as per IAAF Rules, the cases are sent to the Russian Federation
Read More
Monaco, Dec 7, 2014: The IAAF has seen a new documentary on German TV channel ARD on 7 December 2014 (part of the programme “SportSchau”) which includes a number of allegations involving doping in Russian athletics, as well as individuals from outside Russia. As was the case for the documentary broadcast by
Read More
Monaco – Dec 4, 2014: The IAAF has noted a number of grave allegations regarding doping activities related to the sport of athletics in Russia, which have been broadcast on the German TV channel ZDF/ARD on 3 December 2014. An investigation by the IAAF Ethics Commission is already ongoing with respect to
Read More